Following the non-payment of salaries at Heartland Football Club, players and officials have threatened to stage a protest as they seek payment of their salaries. 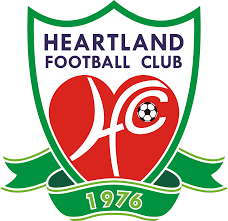 According to an inside source it was understood that the players and officials of the Owerri based club were being owed six months salaries by the government.
A player said: We have families to take care, we can hardly feed ourselves, there is global lockdown and that should not be a reason for the Imo State Government to also lockdown financially, we are pleading with this new government to make our salaries a top priority.
“As it is now, other clubs have settled their players and official, it looks as though Heartland is the only club still owing their players since the league was suspended and players were forced to stay back home.”

read also: Power tussle  at Heartland FC leads to suspension of GM
The Nigeria Professional Football League (NPFL) has been sidelined since March 2020 with Heartland Football club sitting 13th on the log with 32 points after 25 games played.

Which Nation Should Be Nigeria’s Second Team in the Euros?