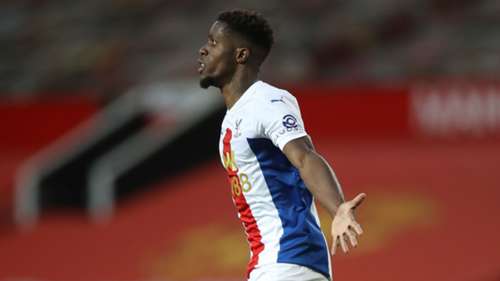 Just as they did in the early weeks of last season, Palace took all three points from their trip to Old Trafford, as a brittle United team were picked apart.

Andros Townsend hit a seventh-minute opener but the match was still in the balance with around 20 minutes to play when Palace were awarded a penalty, after Jordan Ayew’s flick struck the hand of Victor Lindelof.

2 – Wilfried Zaha is the first player to score twice in a Premier League game against Manchester United having previously appeared for them in the competition. Haunt. pic.twitter.com/aowkTqS36r

Goalkeeper David de Gea looked to have made himself a hero when he saved the softly struck penalty from Ayew, only for a re-take to be ordered, and this time former United winger Zaha stepped up to smash the ball high into the net.

Read Also: Guardiola: My commitment remains the same on Messi

United new boy Donny van de Beek pulled one back, but Zaha added a third Palace goal in the 85th minute, holding off weak link Lindelof and drilling beyond De Gea from the edge of the penalty area.