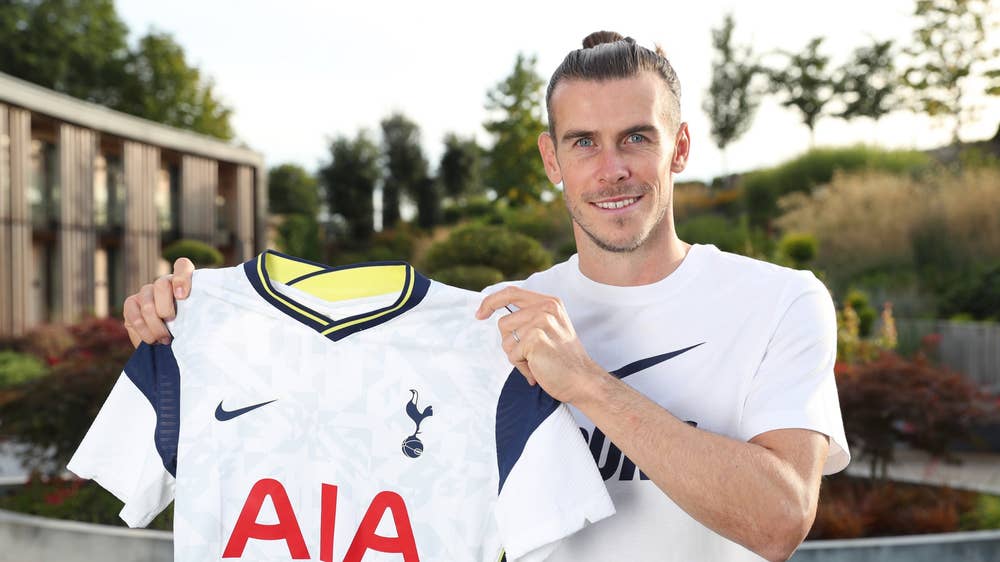 Gareth Bale has been given the no.9 shirt after completing a stunning loan return to Tottenham.

Seven years after leaving for Real Madrid in a then world-record deal, the Welshman has sealed his return to north London on a season-long loan deal.

Bale travelled to London on Friday in a private jet owned by chairman Daniel Levy, where he and Sergio Reguilon – who also made the trip – spent the day at the club’s Hotspur Way training ground to finalise their deals.

Tottenham officially announced both deals on Saturday, with Reguilon completing a £25million signing, while Standard Sport understands Bale’s loan deal will cost under £15million in total with Madrid subsidising the majority of his reported £600,00-a-week salary.

Bale was initially given the No.16 shirt when he first arrived in 2007/08 before taking the No.3 shirt as he began his meteoric rise to the top at the end of the 2011/12 season.

Of course, by the time Bale left Tottenham, he was was dazzling in his No.11 jersey, which he subsequently kept hold of while at Madrid where he trademarked his ‘Eleven of Hearts’ goal celebration.

However, on making his return, a change of numbers seemed inevitable with Erik Lamela currently occupying the shirt.

Moments before announcing the official confirmation of Bale’s move, Spurs provided a hint he would wear the No.9 shirt, tweeting “16:03:11:09” alongside a house emoji, seemingly implying the Welshman was coming home to a brand new squad number.

And following confirmation, Bale was shown with the No.9 shirt, a jersey worn by the likes of Paul Gascoigne, Jimmy Greaves, Dimitar Berbatov and Martin Chivers.

Meanwhile, Reguilon was handed the No.3 shirt, which was newly vacant with Danny Rose not given a squad number this season.