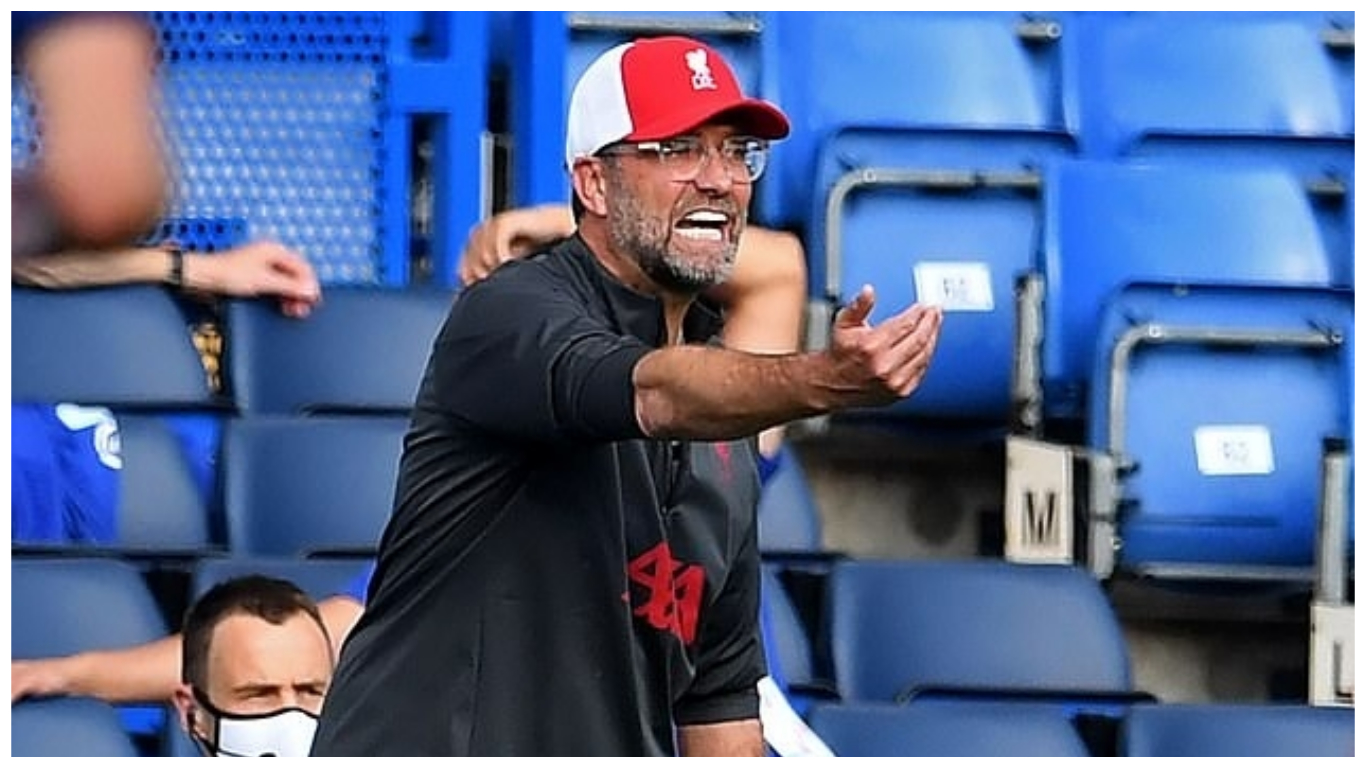 Chelsea defender Christensen was dismissed just before half time for hauling down Sadio Mane. Although he was initially given a yellow card, Christensen was sent off after referee Paul Tierney consulted the pitchside monitor.

Some of the players on the Liverpool bench were jubilant at the decision as they clapped and cheered, but Klopp didn’t take kindly to their actions.

The Liverpool and Chelsea managers continue to downplay a growing rivalry between the pair.

As reported by Julien Laurens, Klopp turned around from the touchline and shouted: ‘Are you crazy? We never ever do that, ok?’.

Although the dismissal of Christensen was a major positive for Liverpool after an intense tactical battle in the first half, Klopp was eager not to celebrate the decision.

Klopp was determined to ensure that his Liverpool team remained fully focused during the clash at Stamford Bridge.

Asked about the incident after the game, the German coach said: ‘It was not one of my subs but another member of staff and I told him already what I think about it and he’s good with that.

‘But in the moment that’s something I don’t want to see.’

Liverpool took full advantage of their numerical superiority, with Sadio Mane scoring a brace in the second half.