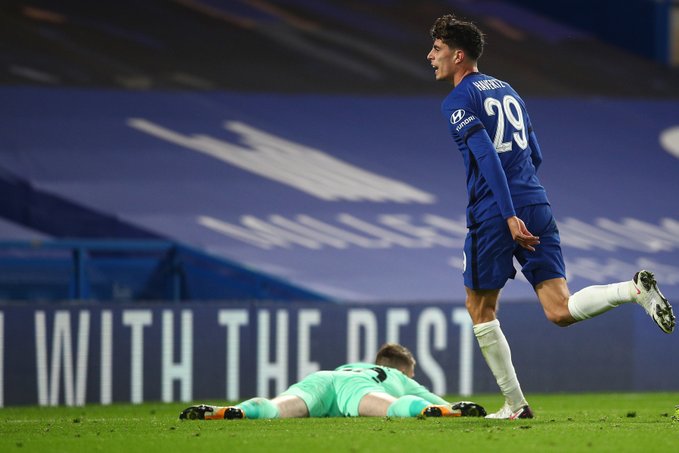 It may have taken him a couple more games than many expected, but Kai Havertz showed Chelsea fans why Frank Lampard signed him by scoring a hat-trick in the Carabao Cup.

Havertz was signed by Bayer Leverkusen in the summer but endured a tough start to his Blues career despite high expectations.

He failed to make much of an impression against Brighton having been played on the wing then struggled against Liverpool up front.

Lampard backed him following that performance, which saw him subbed at half-time, saying the German needs to get fit.

Tammy Abraham led the line against Barnsley, but Havertz showed why Chelsea paid a record fee for him with a hat-trick.

And he netted his third in similar style before being given a well-deserved rest with Chelsea cruising.

Many had been questioning whether Havertz was cut out for English football, with Blues boss Lampard praising the star.