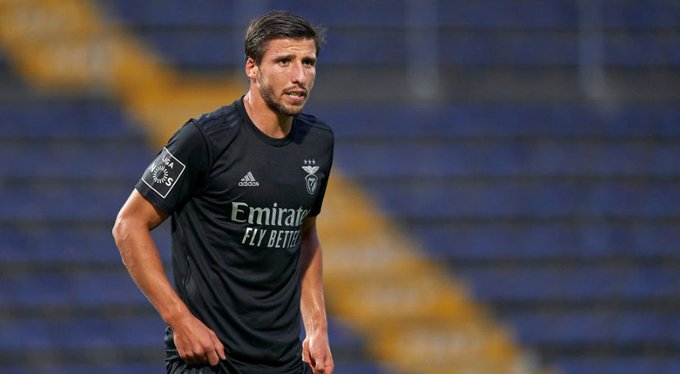 Manchester City have reached an agreement with Benfica for the transfer of Portuguese defender Ruben Dias.

The 23-year-old will move to the Etihad Stadium in a deal worth £62million (€68m), while Argentine defender Nicolas Otamendi heads the other way in a separate deal, with City receiving £13.6m (€16m).

OFFICIAL: Benfica confirm that Ruben Dias is headed to Manchester City in a €68m deal.

Both transfers are subject to personal terms being agreed, but that is not foreseen to be an issue for either clubs.

In a statement released by Benfica, they confirmed that the Dias deal could generate an extra €3.6m through add-ons.

Benfica announce the sale of Rúben Dias to Manchester City for a fee of €68 million (€3.6 million in further add-ons).#ManCity | #MCFC| #WelcomeRuben pic.twitter.com/G3vHuxFIAh

Dias, 23, will become City’s second defensive signing of the summer after bringing in Nathan Ake from Bournemouth in a deal worth an initial £40million in August.

City had long been linked with Napoli’s Kalidou Koulibaly but moved their attention elsewhere due to the Italian club’s asking price.

Otamendi, 32, is set to move on after a five-year spell at City in which he has won seven major honours, including two Premier League titles.