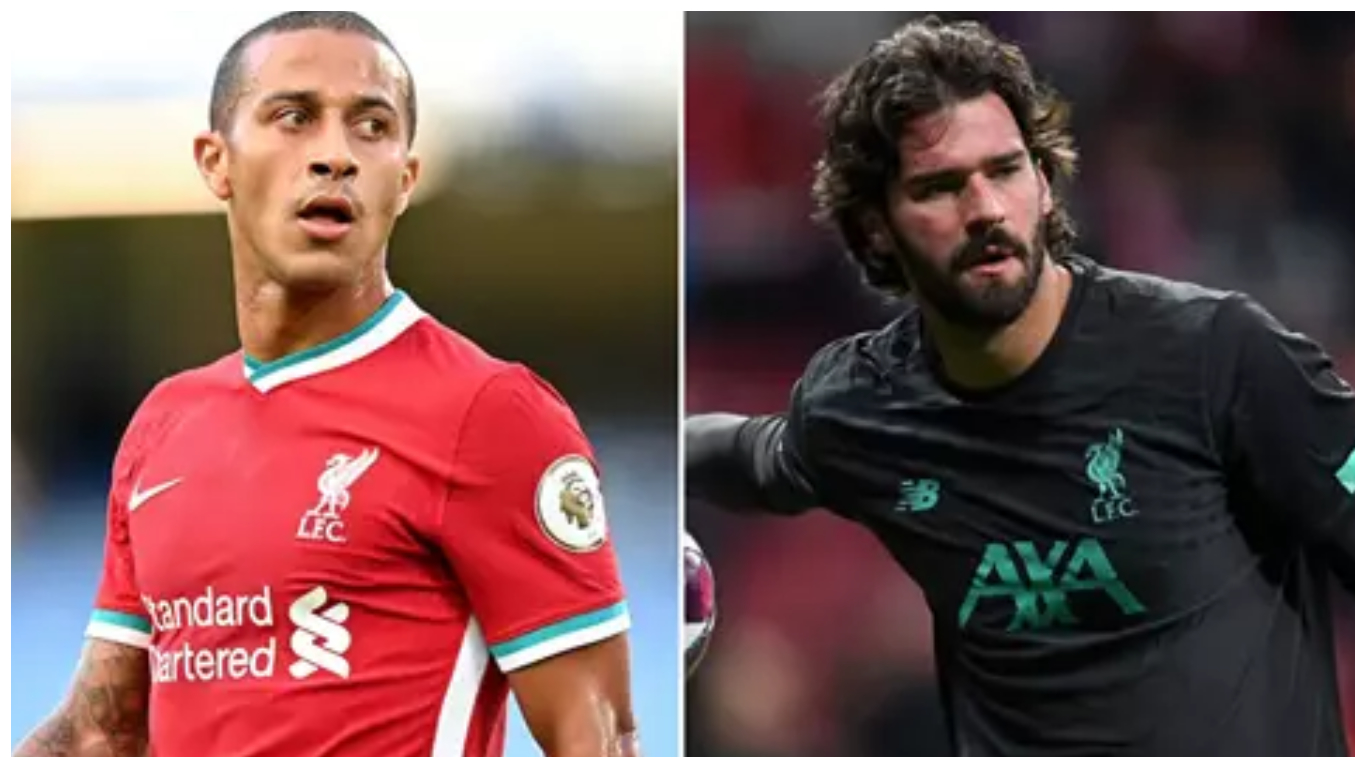 Liverpool duo Alisson and Thiago are in a race against time to be fit for Monday evening’s clash with Arsenal.

Both men sat out training at Melwood earlier this week and they will go through last minute fitness tests before the game.

Jordan Henderson is already ruled out

Their injuries are currently unknown but backup goalkeeper Adrian is reportedly ready to step in should Alisson be ruled out.

Meanwhile, Thiago made his debut off the bench against Chelsea last weekend after completing a £20 million move from Bayern Munich.

Reds boss Jurgen Klopp is currently facing a selection dilemma across the pitch thanks to a number of injuries.

Captain Jordan Henderson is set to be ruled out while Joel Matip also won’t feature.

Injury to Thiago will come as a blow after his impressive showing last weekend.

Klopp hinted earlier last week that the 29-year-old was set to play a key role in Monday’s game.

“We will see, we have a few days to train,” he told reporters per TeamTalk. “Some of the boys have to recover from last night, so we will see how we set up against Arsenal.

“I have an idea but why should I make the decision today when we have time until Monday? But he’s in, he’s in contention. So let’s see.”

New teammate Sadio Mane admitted earlier this week that fans weren’t the only ones excited by the Spaniard’s arrival.

“I think not only the fans are excited to see Thiago,” the winger told Liverpool’s official website.

“For sure, especially me and my teammates were really happy to have this kind of quality in our squad. It only makes us better. I can see from day one in training and the game against Chelsea what he is doing.

And I’m sure he will take us to another level, for sure.

“And we’re looking forward to seeing Kostas [Tsimikas] and Diogo Jota as well, who is a really good signing for us. I’m really happy to have him as well.

“They are good players and they will also take us to another level, which for us is something incredible, and for the fans as well.”