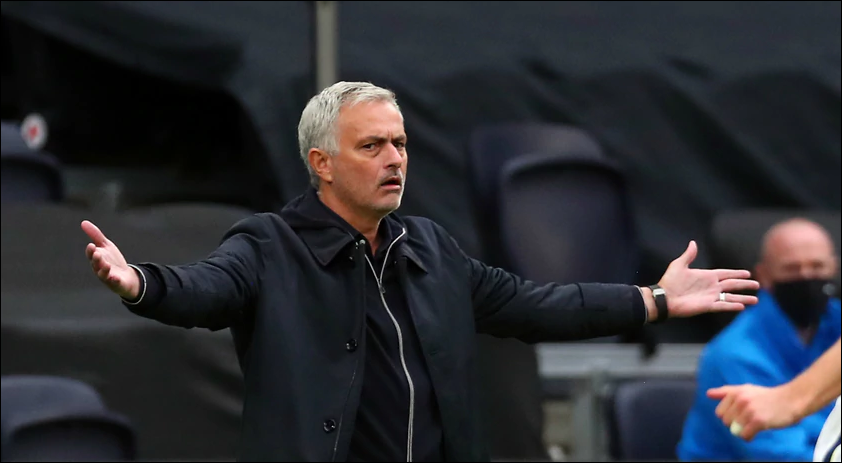 Spurs held a slender lead deep into stoppage time through Lucas Moura’s first-half goal when referee Peter Bankes pointed to the spot for a handball decision against Eric Dier.

Andy Carroll headed down a lofted free-kick and the ball struck the arm of Dier, who had his back to the Newcastle striker after jumping up for a header.

Jose has his say on today’s result.#THFC

Following a lengthy delay for VAR to look back at the incident, including a possible offside infringement, Bankes went to the pitchside monitor and awarded the penalty.

Callum Wilson converted from what was Newcastle’s only attempt on target with 97 minutes on the clock.

A furious Mourinho stormed down the tunnel before the full-time whistle sounded and goalkeeper coach Nuno Santos was shown a red card for something he said to the referee.

Asked about the incident after the game, the Portuguese – who has been hit by a number of FA fines over the years – told Sky Sports: “I don’t think about it. I think about my team and it was a really good performance,

“First half, amazing – it should have been three or four nil. But [Karl] Darlow was fantastic and we hit the post and they managed to survive.

“In the second half we kept the control and kept them away from our box. Every box is 18 yards but there are boxes in boxes and the Tottenham box is a special box.

“We kept them away and then we had that situation that we lost two points, which I’m not going to comment on.”

Mourinho added: “I react during the game but the game is finished and I don’t want to speak about it. If I want to give money away I’ll give to charities, not the FA.”

Spurs would have been out of sight if not for Darlow, who made 10 saves – the most by an English keeper in a Premier League match since November 2017.

Newcastle have scored from all three of their shots on target in the top flight this term and Mourinho had no complaints about the visitors’ gameplan.

FULL-TIME: A stoppage-time equaliser for the visitors sees the points shared at Tottenham Hotspur Stadium.

“It is not for me to judge Newcastle’s performance,” he said. “They did their job the best they could. I think [Steve] Bruce was super happy with the result.

“He is a very intelligent and a very experienced guy. He knows football and knew at half-time it could be three or four nil, so he was very happy and he got a point.”