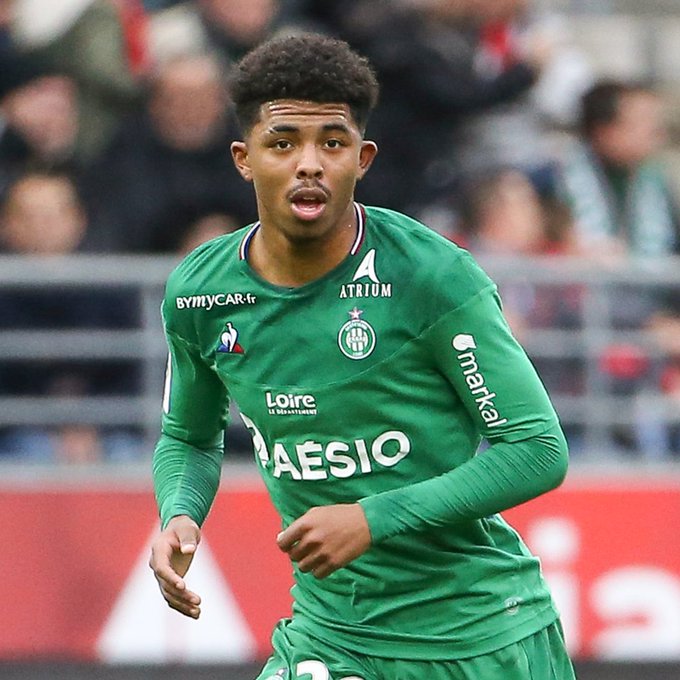 Saint-Etienne defender Wesley Fofana is heading to Leicester City in a deal that breaks the French club’s transfer record, it was announced on Tuesday.

Fofana was described by Saint-Etienne as “one of the greatest French talents of his generation” as they confirmed the 19-year-old centre-back was heading to the Premier League.

There have been reports Leicester will pay a fee in the region of £30 million (A$54 million) for Marseille-born Fofana, with the transfer a huge financial boost for Saint-Etienne.

Saint-Etienne have accepted Leicester’s £30 million bid for Wesley Fofana, that will see the defender become the biggest sale in club history

In a statement, the Ligue 1 club said: “AS Saint-Etienne reached an agreement on Tuesday evening with Leicester, the current leaders of the English Premier League, for the transfer of their defender Wesley Fofana. The amount of this transfer is the largest ever obtained by the club.”

Saint-Etienne said the decision to sell Fofana was reached collaboratively by the club’s board and shareholders, describing Leicester’s bid as “exceptional, especially given the uncertain economic context caused by the [COVID-19] health crisis”.

Leicester, who stunned Manchester City 5-2 on Monday to move level atop the Premier League, have yet to comment on the deal.

Fofana played 14 matches in Ligue 1 last season, made two appearances in the Europa League, and helped Saint-Etienne reach the Coupe de France final, where they lost 1-0 to Paris Saint-Germain.

In April, Fofana signed a new four-year contract with Saint-Etienne, who are coached by former Leicester boss Claude Puel.

Leicester City and Saint Etienne have reached an agreement over the sale of defender Wesley Fofana for around £30m. (Sky Sports) pic.twitter.com/FDrbn6X52T

However, Fofana told L’Equipe the chance to move to Leicester was irresistible.

He said: “Coming from a poor family from the northern districts of Marseille, I can’t turn this down. I would be mad to say no to Leicester.”