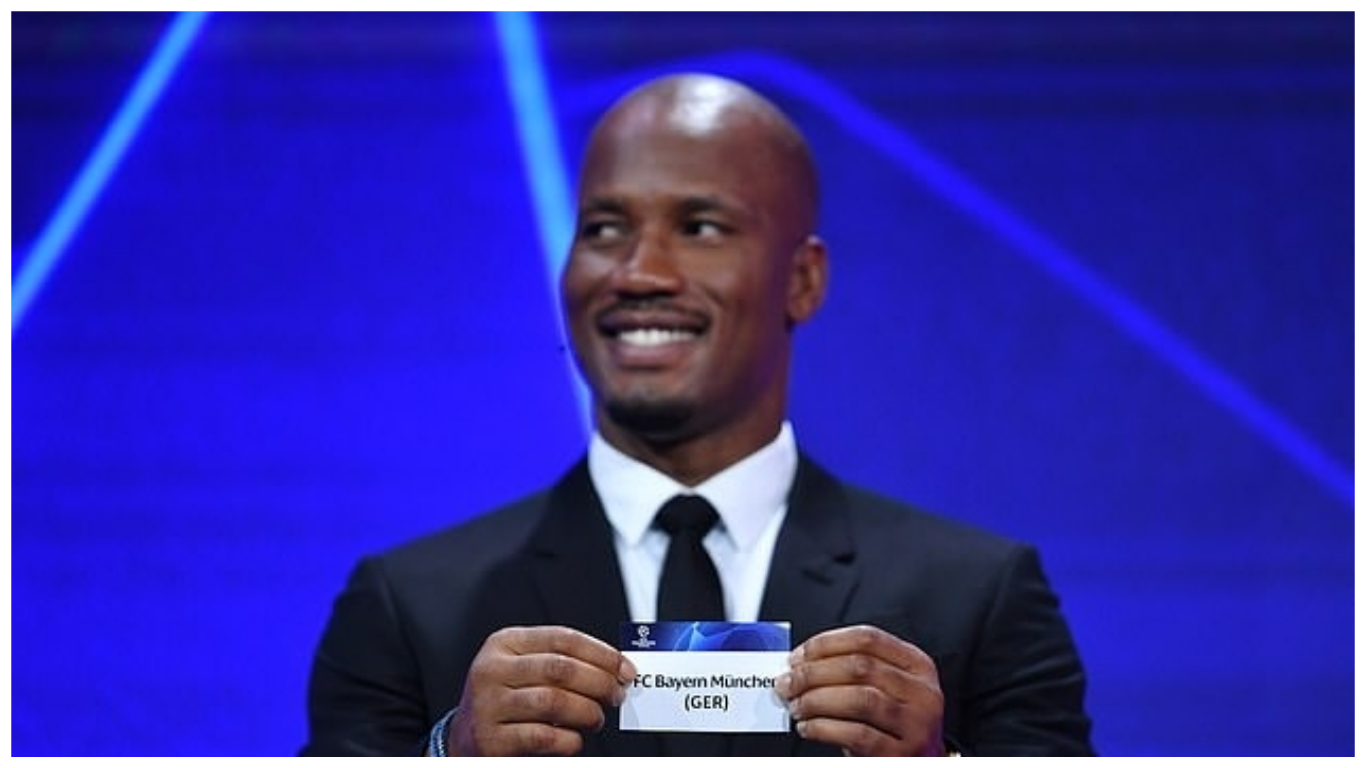 Fans on social media have taken great joy in Didier Drogba pulling Bayern Munich out of the hat with the very first ball in the Champions League group stage draw.

The Chelsea legend famously scored the equaliser in normal time during a 1-1 draw as well as the winning penalty in the shootout, to win the competition for the Blues against the German giants at their Allianz Arena home in 2012.

Munich who won last season’s competition have been drawn in Group A alongside Atletico Madrid, Red Bull Salzburg and Lokomotiv Moscow.

Twitter reacted as fans couldn’t help but see the funny side as once again Drogba presided over the fate of Bayern Munich, one user said: ‘Only UEFA would bring in Drogba after FC Bayern won the Champions League’

Another quipped that Drogba was guilty of inflicting post traumatic stress disorder on the Bundesliga side.

Didier’s wry smile was easily spotted after he pulled the Champions League winners out of the hat with the very first ball. 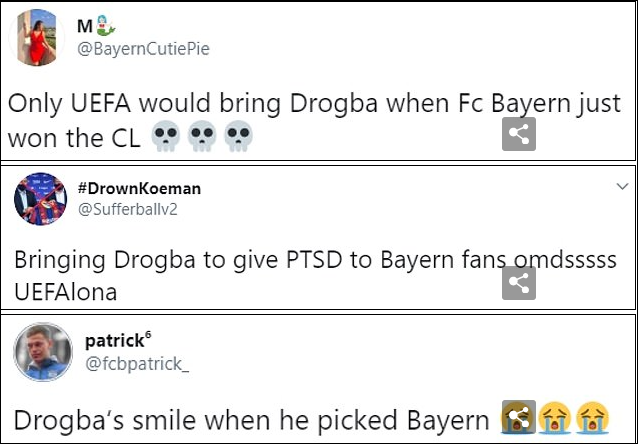 Former Chelsea team mate Florent Malouda helped Drogba conduct the draw, and another Twitter user posted a popular image of Spurs boss Jose Mourinho looking angry to show how Bayern supporters may have felt after the pair reminisced about the 2012 final.

It wasn’t just Bayern supporters who were keen to avoid reflecting on the Munich final though.

Bayern’s official English Twitter feed were also keen for that section of the draw to move swiftly on. 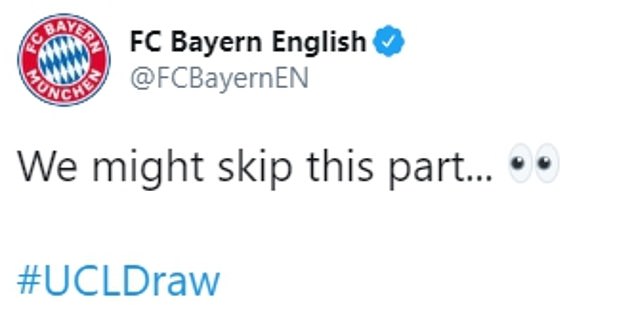 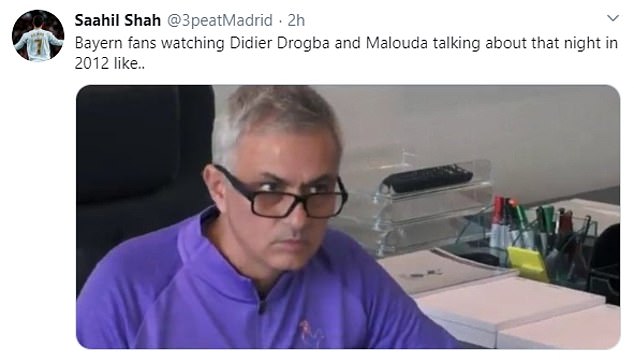 Drogba was also on hand to collect an award during the Champions League draw, earning the UEFA President’s Award and becoming the first African player to do so in the process.

The award, which was first awarded in 1998 and won by Eric Cantona last year, according to the governing body ‘recognises outstanding achievements, professional excellence and exemplary personal qualities.

‘The accolade focuses particularly on players who have advanced the game’s development and success,

‘I am really proud of this and this should be an example of what African people and people from other non-European countries can go on to achieve, Drogba said after picking up his award.

‘The most important thing is football unites, it brings people together. Being here today receiving this award is something that makes me really proud.