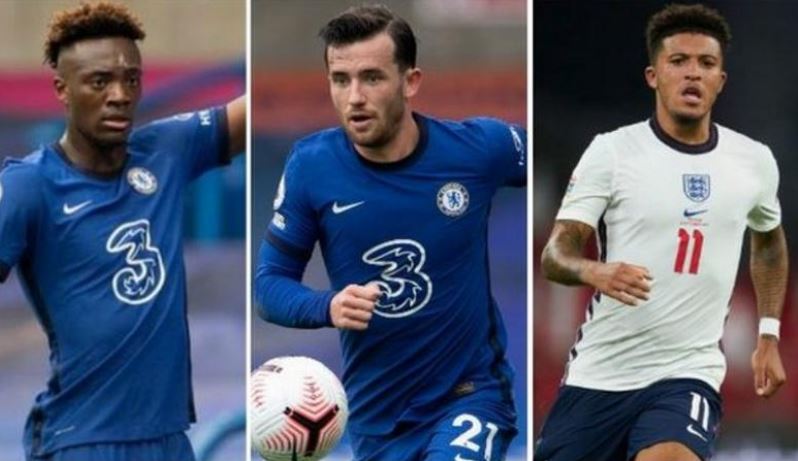 Tammy Abraham, Ben Chilwell and Jadon Sancho have been told to delay their arrival at England’s training camp after attending the birthday party of the Chelsea striker.

The players were part of a group of more than six people that attended a surprise party for Abraham to mark his 23rd birthday on Saturday.

Gatherings of more than six people are banned in England amid the coronavirus pandemic.

Chelsea forward Abraham said he was unaware the party was planned but “deeply regrets” it and has apologised for “the naivety shown”.

In a post on Instagram, Borussia Dortmund winger Sancho wrote: “I would like to apologise for breaking the
government guidelines and although I was unaware upon arriving of the numbers attending, I take full
responsibility for my actions.

“I will make sure moving forward that I learn from this.”

Gareth Southgate’s squad have arrived at St George’s Park in preparation for games against Wales, Belgium and
Denmark.

The party, which was first reported by the Sun, happened hours after Abraham played in Chelsea’s 4-0 win over
Crystal Palace on Saturday.

Police have the power to break up groups larger than six and those who ignore officers could be fined £100 –
doubling with each offence to a maximum of £3,200.

It is understood those at the party were close friends and family who had their temperatures checked on arrival.

“On Saturday evening I arrived home to find a small surprise gathering had been organised for me with family
and close friends to celebrate my birthday,” Abraham said.

“Although I was totally unaware this was planned, I would like to wholeheartedly apologise for the naivety shown by all for the organisation and attending of this gathering.

“I recognise that I have a responsibility both in my professional and personal life to honour and respect the guidelines and deeply regret that this took place.

“All I can do now is learn from it, apologise to everyone and ensure it never happens again.”