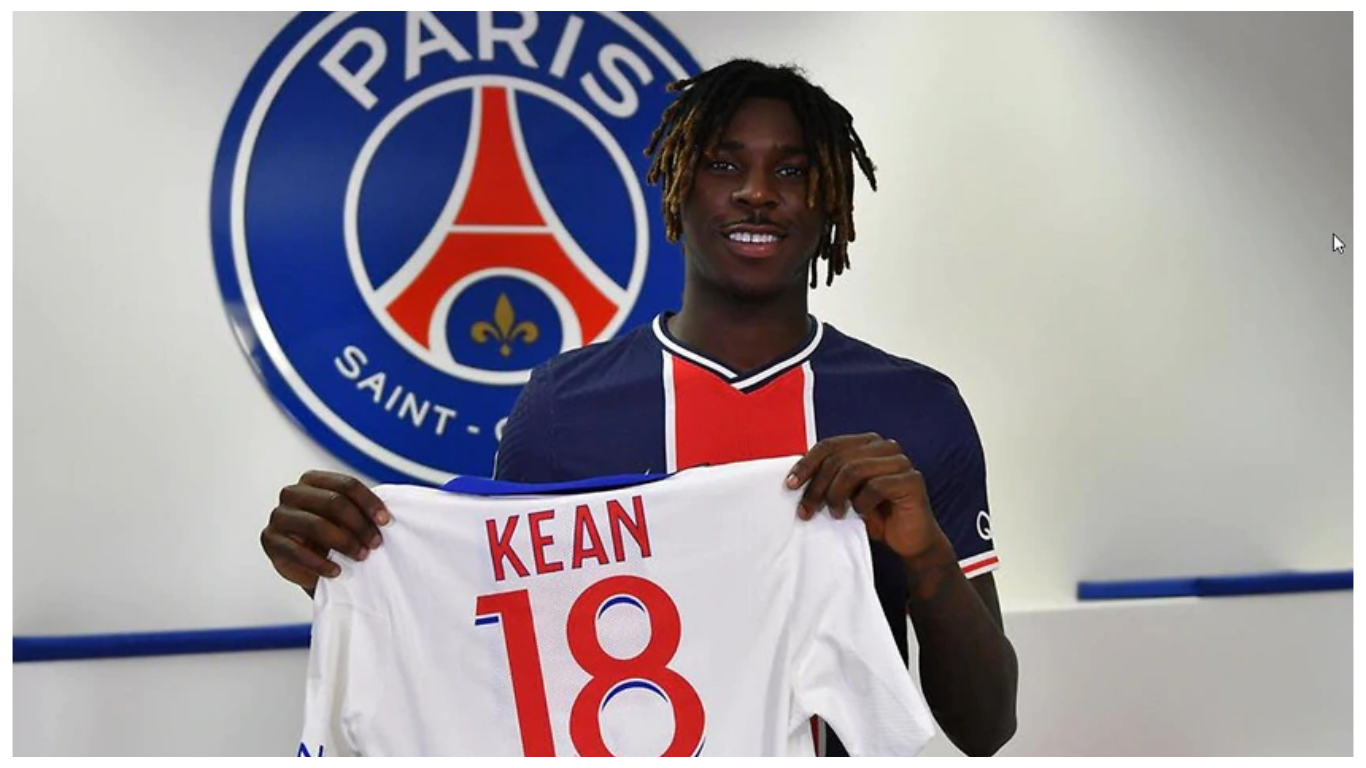 Paris Saint-Germain have bolstered their forward options with the loan signing of Italian youngster Moise Kean from Everton.

The Italy international makes the temporary switch until June 2021 to the Ligue 1 champions, who confirmed they do not have a purchase option on the 20-year-old striker.

Kean joined Everton from Juventus ahead of the 2019-20 campaign but managed just two goals in 31 Premier League matches.

“I am particularly proud and happy to become a Paris Saint-Germain player. They are one of the best clubs in the world as demonstrated by their recent participation in the Champions League final,” Kean told PSG’s official website.

“I am delighted to join such an ambitious club whose reputation is very important in my country. I can’t wait to evolve alongside some of the best players in the world.”

Kean made his Juve debut aged just 16 years, eight months and 21 days in November 2016, becoming the club’s youngest ever player.

Welcome to our new no. 1⃣8⃣

He made 16 Serie A appearances in total for Juve, scoring seven goals, while he won the Scudetto twice and the Coppa Italia once.