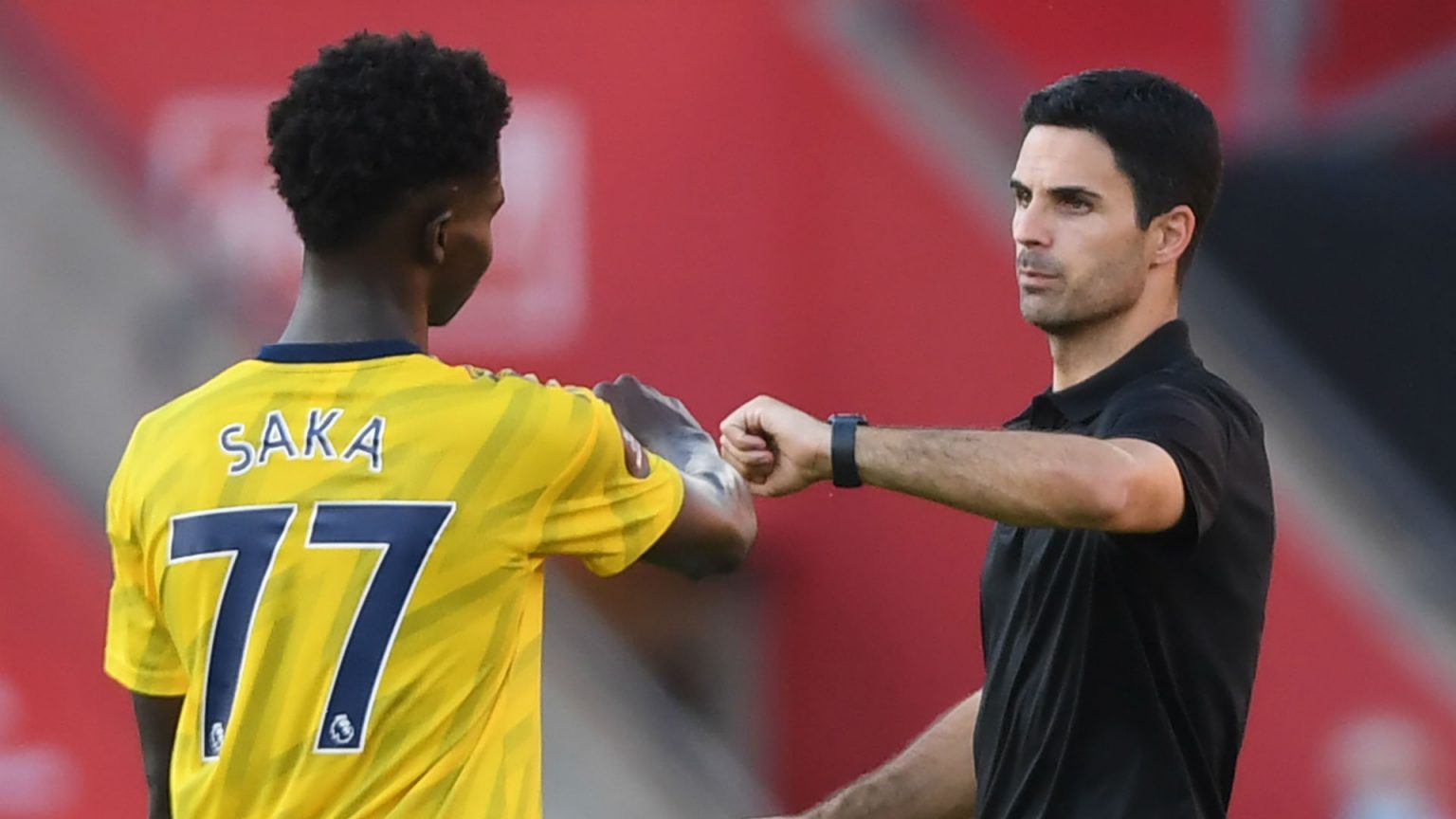 Bukayo Saka says he’s enjoying his football at Arsenal under Mikel Arteta and praised the Spaniard for unlocking his potentials.

Saka has played in numerous positions for Arsenal since Arteta was hired and was named club’s young player of the year last season.

His impressive run of form and game earned him a call up into the English national team as well.

Sake made his debut for the three lions against Wales a few days ago and he’s in the squad to face Denmark on Wednesday.

While speaking to England’s official YouTube channel, Saka credited Arteta for his run of form and development.

“Since he’s come in I feel like my game has gone to the next level, he’s unlocked a bit of my potential and hopefully, he can unlock more.

“I’ve played in so many different positions that I never imagined I could play in,” Saka summed up.