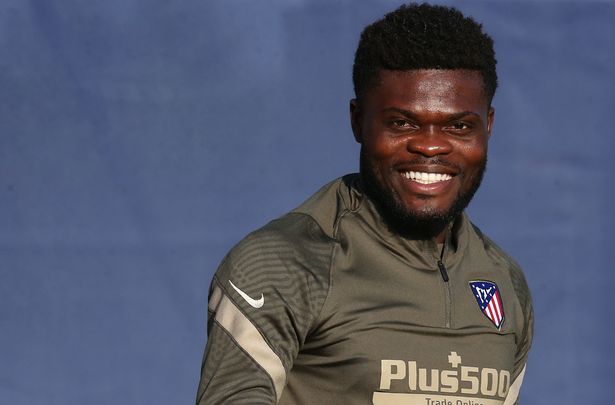 If there is one thing Arsenal new sign Thomas Partey’s father is not ready to hear, it is that his son is playing hanky-panky with a lady while in London.

A no nonsense pa Jacob has told his son in very clear terms to focus on the job on the pitch and resist the temptation to be distracted by any lady no matter how tantalizing.

The Ghana midfielder sealed a transfer deadline day move to Arsenal after his £45million Atletico Madrid release clause was activated.

Partey joins fellow additions Willian and Gabriel Magalhaes at the club and will likely make his debut against Manchester City this weekend.

“We actually weren’t disturbed by anything because we hoped a bigger team will come, “Jacob Partey told My Joy Online

“We were aware [other teams that were interested]: Juventus, Chelsea and so forth. So through all of this we knew God was with us. From that minute we started to dance to “Party after Party”.

Jacob added: “My advice to him was irrespective of the big move, he has to keep training seriously and not lose focus. Not chase ladies so he doesn’t flop! He was very receptive of that.

Upon completing his move to Arsenal, Partey said: “Hi guys, thanks so much for the love and for the message I have received. I can’t wait to be part of you guys, I can’t wait to join the team.

“It’s a great feeling to be part of a family like this. Thanks so much to everyone for the love, I feel so grateful and I feel so amazed to be part of you. I can’t wait to join you guys.

“And don’t forget, no Thomas, No Partey!”