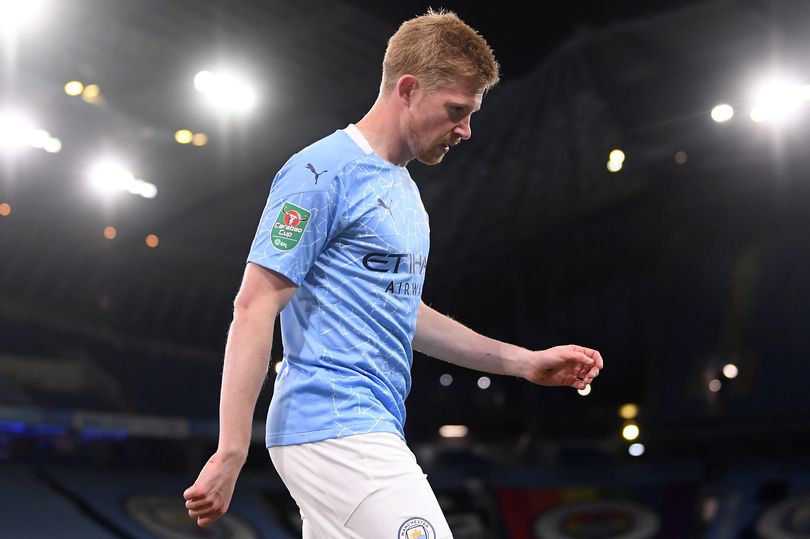 Arsenal fans have been quick to admit they are happy not to be facing Man City star Kevin De Bruyne this weekend – but there is a catch.

De Bruyne has been ruled out of action for the clash at the Etihad Stadium, though it has not been confirmed how long he will be on the sidelines.

Pep Guardiola spoke to the press today and confirmed that the muscle problem he returned from Belgium international duty with is only minor, but bad enough to rule the midfielder out of the important Premier League clash.

“Unfortunately Kevin is out but the rest of the players come back well,” Guardiola told the MEN.

“I don’t think it’s much but the next games he will be out. We’ll see day-by-day.”

This news has led to Arsenal fans feeling better about their side’s chances in Manchester, but there is the potential prospect of a return to the City line-up for Sergio Aguero.

On Aguero and injured striker Gabriel Jesus, Guardiola added: “Sergio is training well and we are happy. Every team needs a striker and we played without them. He has been training good and we’re happy to see him back on the pitch after a long time.

“There are some muscle injuries you can take a risk for and others you cannot. He (Jesus) has an injury in the front part of his leg. If there is another incident we would lose him for a long time. I don’t know [how long he will be out for].”