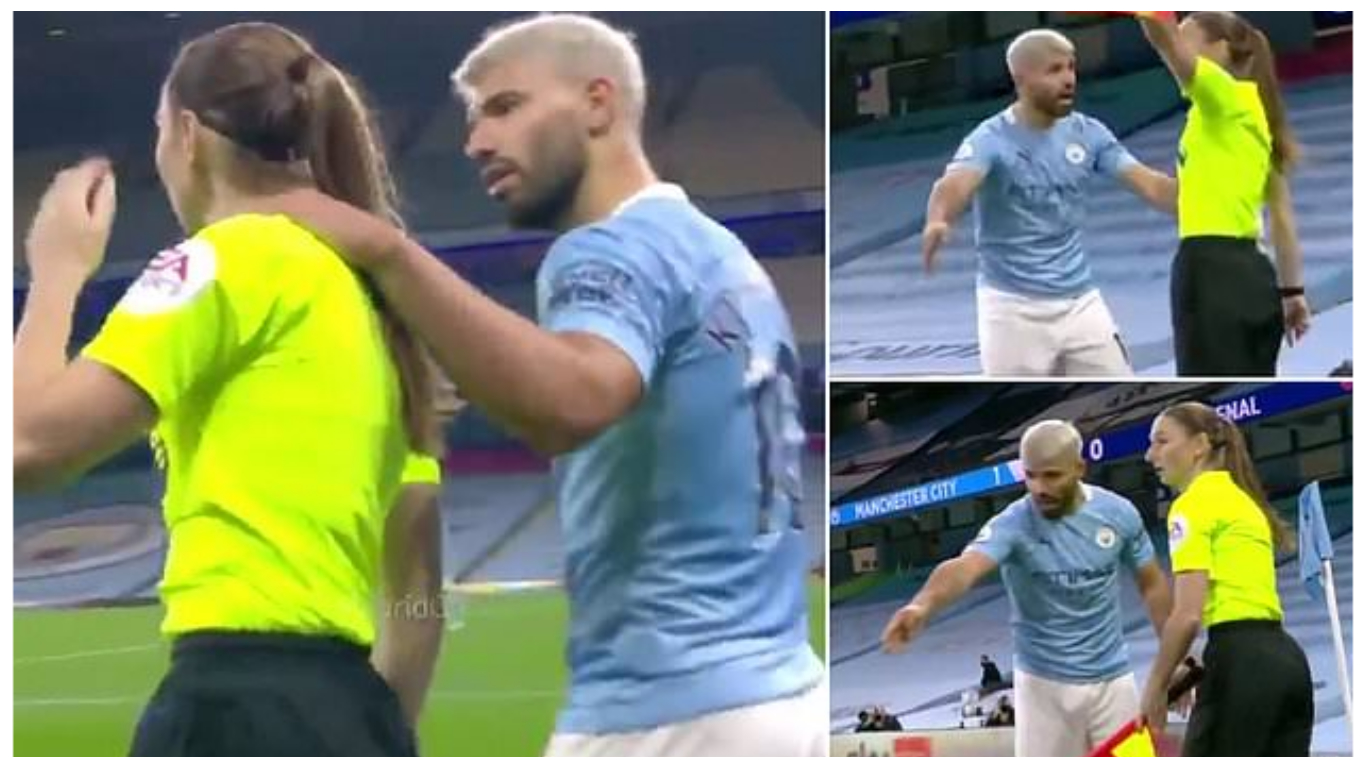 Pep Guardiola backed Sergio Aguero after the Manchester City striker was criticised for putting his arm on the shoulder of assistant referee Sian Massey-Ellis during Saturday’s 1-0 win over Arsenal.

Aguero disputed a throw-in call which went against him early in the second half of the Premier League clash at the Etihad Stadium.

/Sian Massey-Ellis incident at Man City this evening. “Come on guys. Sergio is the nicest person I ever met in my life. Look for problems in other situations not in this one.” #MCFC #MCIARS #Aguero

After arguing his case with Massey-Ellis, Aguero briefly put his arm around the female assistant referee’s shoulder as she began to walk away.

The Argentine star, playing his first game since June after knee surgery, was criticised on social media and his former team-mate Micah Richards said on Sky Sports that Aguero should “know better”.

Under rules introduced in 2016 players can be cautioned or sent off for touching match officials depending on the nature of the incident.

But City’s all-time record scorer went unpunished and in his post-match press conference, Guardiola told reporters: “Come on guys. Sergio is the nicest person I ever met in my life.

“Look for problems in other situations, not in this one.”