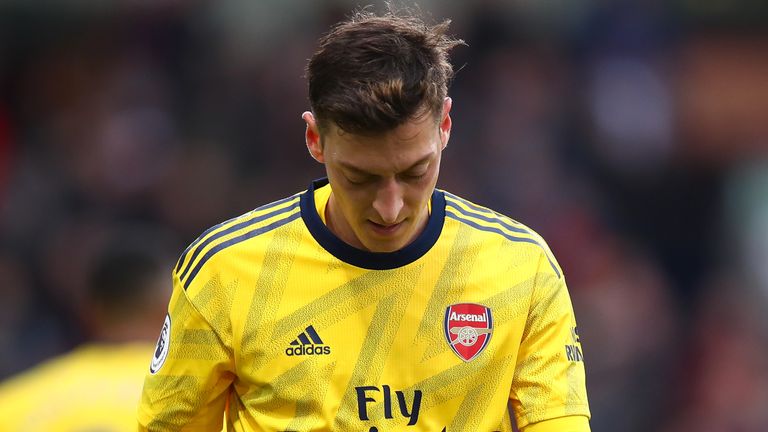 Mesut Ozil has been left out of Arsenal’s Premier League squad to cast even further doubt on whether he will play for the club again.

Ozil has not played a single minute for Mikel Arteta’s side since March 7.

Alongside Greece defender Sokratis Papastathopoulos – also left out of both squads – Ozil will only be able to represent Arsenal Under-23s until 2021 at the earliest.

Ozil’s contract expires at the end of the season.

Earlier this month he stepped in to offer to pay the salary of Arsenal’s popular mascot Gunnersaurus after Jerry Quy, who has played the role of the dinosaur since 1993, was let go by the club with stadiums empty during the coronavirus crisis.