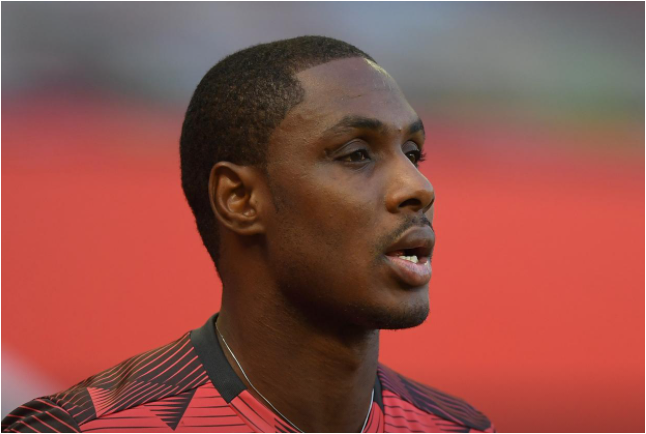 Nigerians have been demonstrating nationwide every day for nearly two weeks against a police unit, the Special Anti-Robbery Squad (SARS), that rights groups had for years accused of extortion, harassment, torture and murders.

The unit was disbanded on Oct. 11 but the protests have persisted and at least two people were shot on Tuesday.

In a Twitter post, the Nigerian Army said no soldiers were at the scene of the shooting.

Ighalo said in a video message on Twitter that while he rarely talks about politics he could not stay silent about events back home in Nigeria.

“The Nigerian government, you guys are a shame to the world for killing your own citizens, sending military to the streets to kill unarmed protesters because they are protesting for their own rights? It’s uncalled for,” he said.

Read Also: “I am capable of fixing this”- Real Madrid boss Zidane
“You people will be remembered in history as the first government to send the military to the city to start killing their own citizens. I am ashamed of this government, we are tired of you guys and we can’t take this anymore.”

Ighalo called on the UK government, world leaders and the United Nations to step in.

“They will keep killing if the world don’t talk about this,” he added.

The post How Ighalo reacted after soldiers fire at protesters (video) appeared first on Sporting Life.