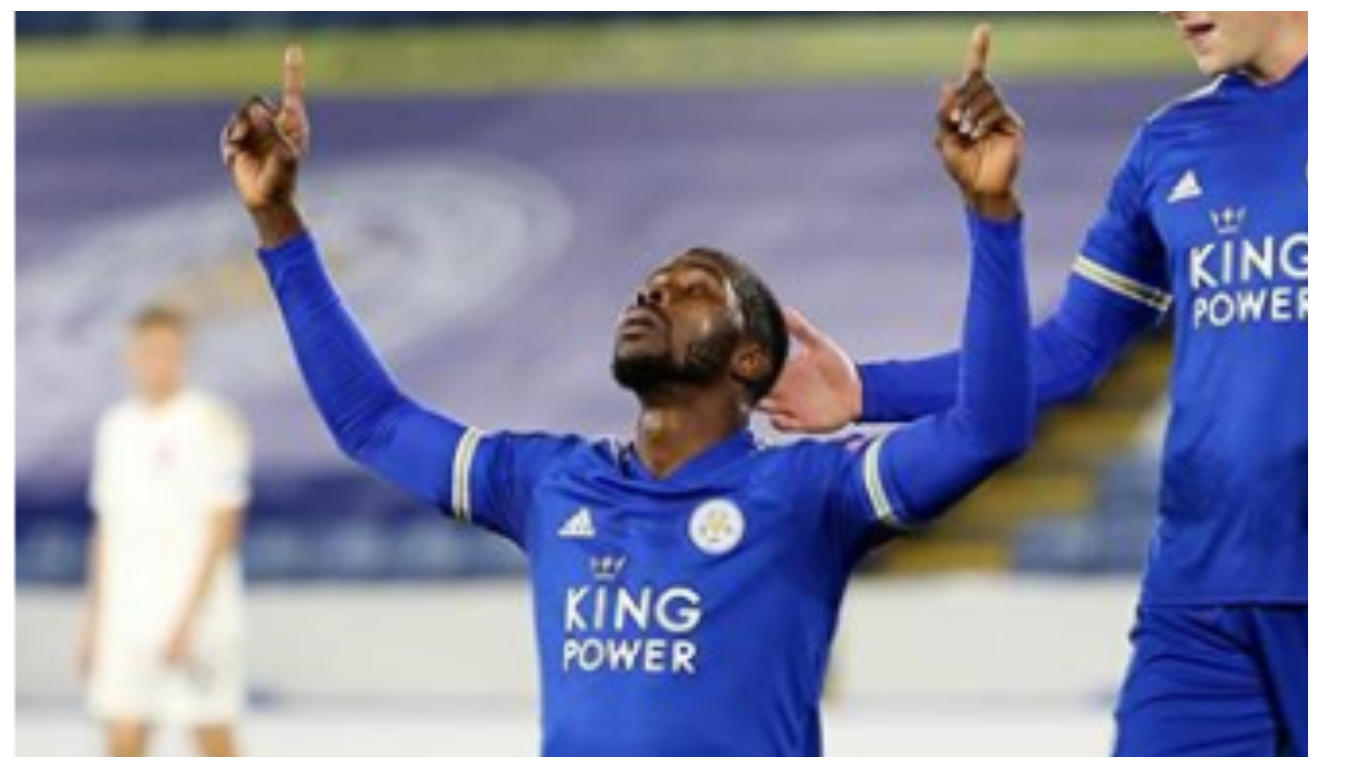 Kelechi Iheanacho netted his first Europa League goal and provided an assist for Leicester City in their 3-0 victory over Zorya on Thursday night.

The Nigeria international led the Foxes attack in the encounter in his first appearance in the competition and flourished as his side got off to a flying start.

The King Power Stadium outfit started the game on an impressive note, racing into the lead in the 29th minute when Iheanacho set up James Maddison for the opener.

The Super Eagles forward was again involved when he sent Harvey Barnes through on goal and the 22-year-old coolly beat goalkeeper Mykyta Shevchenko in a one-on-one situation to tuck home his effort.

Iheanacho then scored a goal of his own in the 67th minute when he fired home for his first strike in the European competition.

The 24-year-old centre-forward spent four more minutes on the pitch before he was replaced by former Newcastle United star Ayoze Perez.

His compatriot Wilfred Ndidi was not involved in the encounter as Leicester clinched their first win in the competition this campaign.

Iheanacho has now featured in five games across all competitions for the King Power Stadium outfit in the 2020-21 season.

Victory over the Ukrainian Premier League side ensured Brendan Rodgers’ men top Group G ahead of Braga and AEK Athens.

The forward experienced his first European action during his time in Manchester City, featuring eight times and scoring two goals in the Champions League for the club.

Iheanacho scored five league goals amid other dazzling displays in the 2019-20 season to help Leicester qualify for the Europa League, after finishing fifth on the Premier League table.

The attacker will be expected to continue his impressive form in front of goal when Leicester City take on AEK Athens in their next encounter in the competition on October 29.

Before then, Iheanacho will hope to play a part when the Foxes square off against Arsenal in a Premier League game on Sunday.