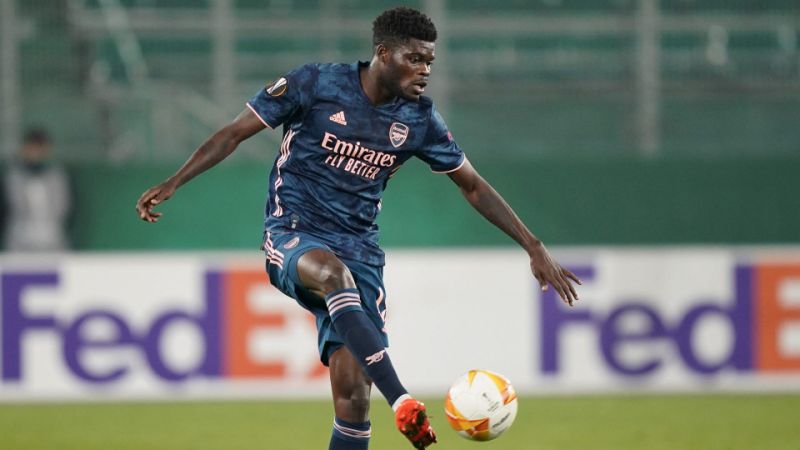 Arsenal didn’t have a lot of massive individual performances in a 2-1 comeback win over Rapid Vienna in Europa League action on Thursday night, but it got a big day from its most scrutinized addition.

Midfielder Thomas Partey showed a special class in Austria, lighting up the stat sheet and holding down the midfield for Mikel Arteta’s men in a 90-minute show.

Partey had 102 touches, passed at 90 percent, and completed 4-of-5 long passes while winning 10-of-13 duels and making five tackles.

“We have to know where to take the risk and when… We’ve been successful doing it and we have to keep doing it because it’s our model.” @m8arteta speaks on building from the back and our #UEL victory

Here’s his boss, from Football.London:

“He looked really solid, really comfortable,” Arteta said of the $59 million purchase from Atletico Madrid. “He held midfield by himself in the second half when we were a little bit more open and starting to take more chances attacking certain places with some players. … He was fantastic tonight and there’s much more to come from him.”

One thing Arsenal fans are going to love about Partey is how the Ghanaian chews up minutes. He played more than 3300 minutes for Atleti last season and he played 46, 42, and 50 matches in his last three seasons.

And Arteta’s going to need him, too, even as he tamps down expectations for the 27-year-old.

“He needs his team-mates around him,” Arteta said. “It’s not about him. We know that with the price we paid for him and the profile of the player that he is that he is going to have a lot of people looking at him every single game. This is about the structure we have as a team, the flow, the unity and the cohesion that we need in our team. He’s one piece of that. Hopefully he’s a big piece.”

Arsenal continues a huge run of fixtures with a visit from Leicester City on Sunday before Dundalk hits the Emirates on Thursday ahead of a trip to Manchester United.