Arsenal boss Mikel Arteta said he is not surprised that striker Pierre-Emerick Aubameyang is facing questions over his form and believes the Gabon international must deal with the pressure that comes from being a “big player”.

Aubameyang ended a run of four matches without a goal by striking late to help Arsenal seal a 2-1 Europa League win over Rapid Vienna on Thursday, and Arteta said the 31-year-old must create other opportunities for himself to silence the critics.

“Expectations for him are that he has to score a goal every game so this comes with the nature of the big player he is, what he has done in the past,” Arteta told reporters.

“People expect that from him in the future. He needs to handle that … we’re here to support him when difficult times come round him.”

Aubameyang, who signed a new three-year deal last month, has scored 73 goals for the London club in 116 matches since joining from Borussia Dortmund in 2018, but has managed only three from seven games this season.

“He needs to get in more goalscoring opportunities, he needs to get the ball more around the box to do what he’s able to do,” Arteta said.

Arsenal return to Premier League action with Sunday’s visit of fifth-placed Leicester City, who are a spot above the Gunners on goal difference.

Arteta’s side beat Leicester 2-0 in their previous meeting in the League Cup last month, but the Spaniard expects a tough challenge at home. 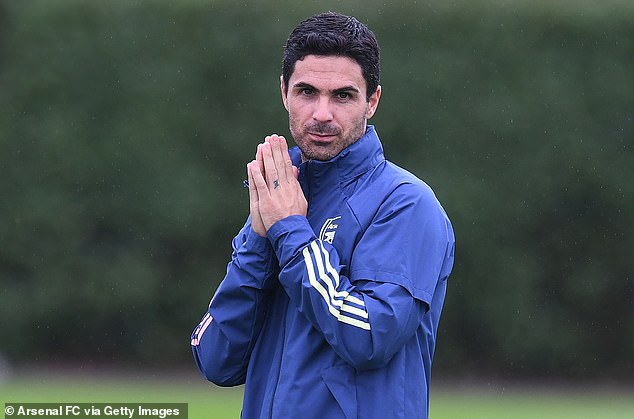 “We know that it’s going to be a really competitive match against a team that’s evolved a lot in the last year or so,” Arteta said.

“They had an incredible season last year and it’s always a challenge to play against them. We’re expecting a big battle.”