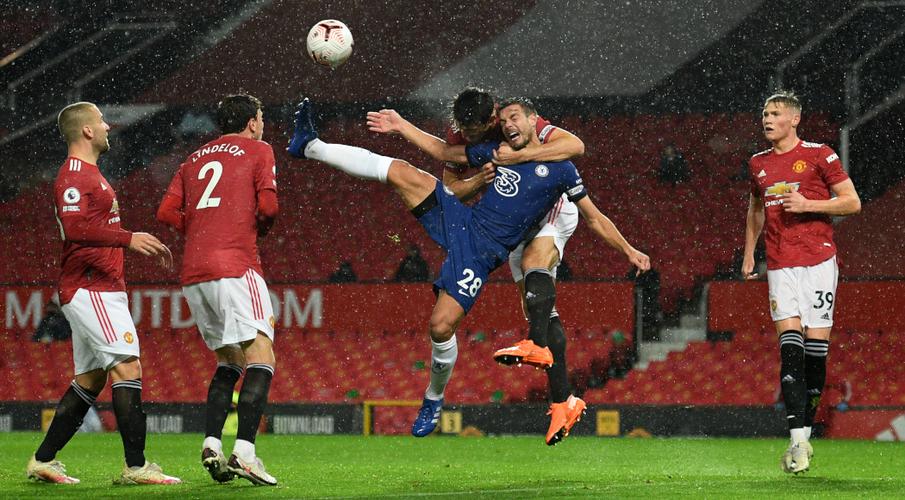 Chelsea boss Frank Lampard said he was frustrated and confused that his team were denied a penalty in Saturday’s 0-0 Premier League draw at Manchester United.

Chelsea captain Cesar Azpilicueta was grabbed by his United counterpart Harry Maguire when challenging for a header in the first half but the Video Assistant Referee (VAR) dismissed the London club’s penalty claims after reviewing the incident.

The boss will share his thoughts on #MUNCHE next…

“I thought it was a clear penalty. I couldn’t see it at the time from where I was standing and those ones are hard calls for the referee. It’s why we brought VAR into the game, but VAR was very quick to dismiss it,” Lampard told reporters.

“They should have taken time and advised the referee to look at the monitor. If he watches the monitor, he has to give the penalty, so it’s confusing. There’s a frustration because the rules seemed to be moving in the right direction.

“The referees were looking at the monitor a bit more at the start of the season. The person on the pitch should always take first responsibility and that was given back to them with the monitor.”

The result extended United’s wait for a first league win at Old Trafford this season and manager Ole Gunnar Solskjaer said his team were missing the energy of fans, who are not allowed to watch matches in stadiums amid the Covid-19 crisis.

The boss reflects on a frustrating draw for the Reds

But the Norwegian was encouraged by the debut of new signing Edinson Cavani, who joined United earlier this month.

“He showed in glimpses what he can do. He’ll give us a presence in the box. He’s an experienced centre forward and the more we get the ball into him in and around the box we’ll get goals from him,” Solskjaer said.