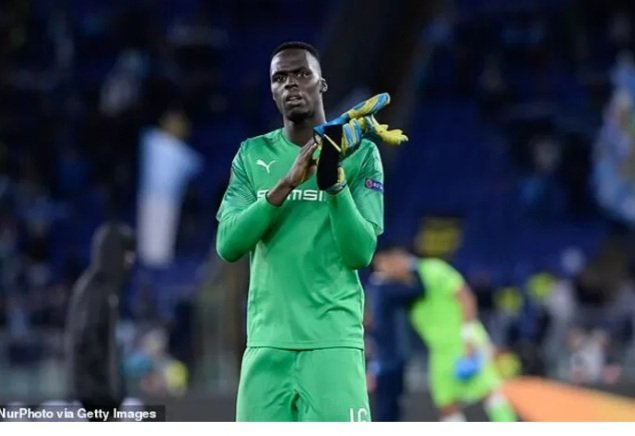 Chelsea goalkeeper, Edouard Mendy, has been included in the UEFA Champions League team of this week.

UEFA released the Champions League team in a post via its official website on Thursday following the conclusion of the group stage match-day two fixtures on Wednesday.

Mendy was impressive for Chelsea as Frank Lampard’s side defeated Krasnodar 4-0 on Wednesday night in Russia.

The Senegal international made the list alongside Manchester United stars, Marcus Rashford and Anthony Martial.

Below is the UEFA Champions League team after this week’s group stage match-day two fixtures: