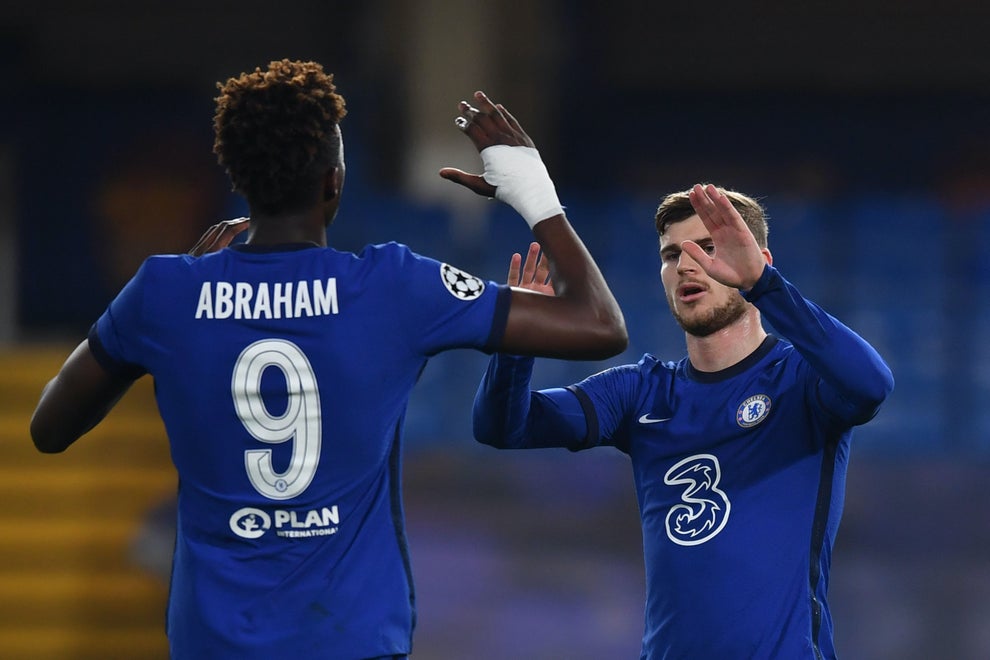 Timo Werner netted twice from the spot as Chelsea cruised past French side Rennes to stay top of Champions League Group E.

The German opened the scoring from twelve yards after he had been brought down by Brazilian defender Dalbert and then doubled the lead when the same player was harshly penalised for handball after a lengthy VAR check.

To add insult to injury, the Rennes man was also shown a second yellow card, leaving his side a mountain to climb to rescue anything from Stamford Bridge.

Any hope of doing so evaporated when Tammy Abraham added a third soon after the restart before Frank Lampard took the chance to rotate his side ahead of Saturday’s meeting with Sheffield United. 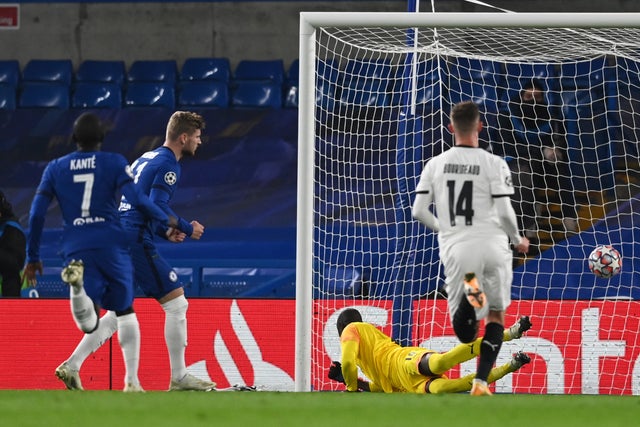 Chelsea were without Germany playmaker Kai Havertz, who was self-isolating after contracting the coronavirus.

The match at an empty Stamford Bridge saw Chelsea goalkeeper Edouard Mendy up against the club he left in September. He finished with a clean sheet after making his only necessary save off a shot from Clement Grenier late on and has yet to concede a goal in six matches in all competitions, including three in the Champions League. Mendy embraced his former teammates after the final whistle.

Three more points and another clean sheet in Group E!

Read Also: UCL: Luis Suarez gets booked for his glimpse at VAR monitor

Werner now has six goals in his last six matches as he settles in quickly at Chelsea in his first season at the club. With Christian Pulisic also missing as he recovers from a hamstring niggle, Werner played on the left wing to accommodate Abraham as the central striker.

Werner’s penalties were unforgiving, his first low down to goalkeeper Alfred Gomis’ right and his second into the roof of the net on the same side. Abraham’s goal came following a perfect cross by right back Reece James, which the England striker met with a sidefooted finish into the net from the edge of the six-yard box.

Alisson Becker’s father passes away after drowning in Brazil

Alisson Becker’s father passes away after drowning in Brazil