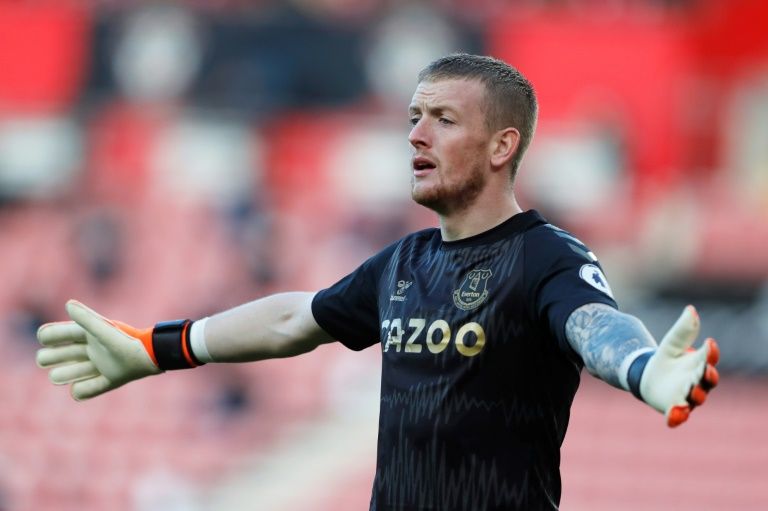 Everton manager Carlo Ancelotti has told goalkeeper Jordan Pickford to trust his instincts on the pitch as he returns to the side after being dropped.

Pickford has come under scrutiny for a number of errors this season and was criticised after his reckless tackle sidelined Liverpool defender Virgil van Dijk for several months.

“We have practically all the squad available apart from Richarlison and Delph.”

Ancelotti said Pickford retained his support, despite his decision to drop him for the Newcastle defeat last week, and has guaranteed the England number one a start against Manchester United on Saturday.

England boss Gareth Southgate also backed Pickford this week, saying he had no genuine challengers for his international place.

“I don’t want to change his mentality or his character,” said Ancelotti. “I think sometimes he made mistakes because he thought too much.

“He has to use his instinct more, which is really good. He made fantastic saves because when he reacts he’s really top.

“When he has to act, sometimes he makes some mistakes in that situation but he’s still a young goalkeeper with a lot of quality, and there he can improve.”

After two successive defeats, Everton need a victory as much as Manchester United, who suffered a shock Champions League loss at Istanbul Basaksehir this week.

Ancelotti expressed sympathy for United manager Ole Gunnar Solskjaer, who is under intense pressure after a rocky start to the Premier League season.

“In general I have sympathy for all managers — it is a difficult job,” he said.

“I have more experience than Ole and I can say to him that when things are not good there is only one (person) responsible and that is the manager.

Getting set for Saturday

“Every manger is under pressure and I can say the pressure we have is a privilege, so we have to be good to analyse ourselves but with a good mind.