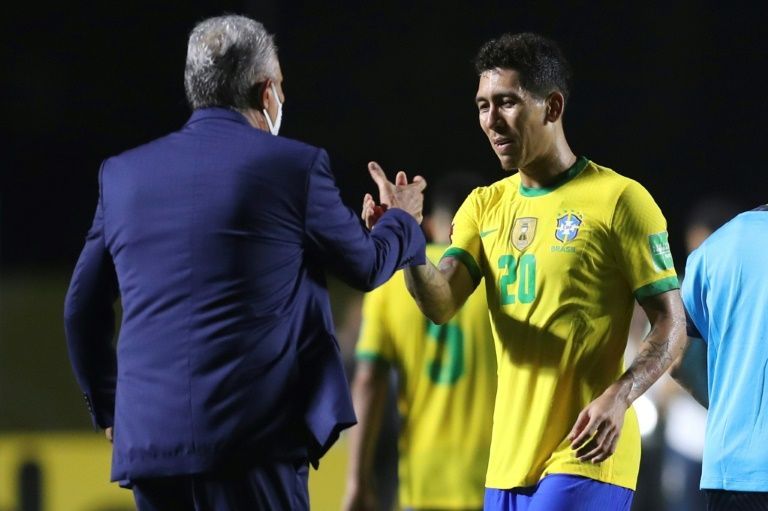 Liverpool striker Roberto Firmino scored the crucial goal as Brazil laboured to a 1-0 win over a well organized but limited Venezuela in their World Cup qualifier on Friday.

Firmino broke the deadlock on 66 minutes in Sao Paulo, poaching a goal after Venezuelan defender Darwin Machis’ attempt to clear an Everton Ribeiro cross fell to him a few yards out.

Firmino’s 16th goal in 47 appearances for the Selecao was enough to maintain their 100 percent record in the 2022 World Cup qualifiers.

Venezuela, who lost their first two qualifiers, were set up to contain and held the Brazilians scoreless at half time in the deserted Morumbi stadium.

The hosts missed the injured Neymar’s creativity in midfield, but even with an attack sporting Firmino, Gabriel Jesus and Richarlison, they could find no way through the mass Venezuelan defence in the first half.

Richarlison did have the ball in the net early on but the Everton striker’s celebrations were cut short when Firmino was adjuged to have been narrowly offside in the buildup.

For all Brazil’s pressing, Wuilker Farinez had little enough to do in the Venezuela goal, but the keeper made a flying save to beat away a bouncing shot from Firmino just before the half-hour, the Liverpool striker heading the resulting corner well wide.

With 75 percent possession but short of ideas in attack, most of Brazil’s threat came from the left and it was from there they worked their best chance on 32 minutes, Atletico Madrid’s Renan Lodi whipping in a cross that Gabriel Jesus and then Richarlison, at full stretch, failed to turn in to a gaping goal.

Venezuela’s only threat came from a break up the left wing by Yeferson Soteldo, whose cross for Salomon Rondon was hacked away by Marquinhos.

Manchester City goalkeeper Ederson, who hardly touched the ball during the whole match, reacted quickly to scramble the ball away when Rondon briefly threatened the Brazil goal at the death.

A worried Brazilian coach Tite will have seen how sorely his side missed Neymar’s invention.

The Paris Saint-Germain star, who suffered a thigh injury in a Champions League match last month, is also set to miss Tuesday’s match with Uruguay in Montevideo.

Venezuela host a resurgent Chile in Caracas on Tuesday.

Jose Peseiro’s side are likely to maintain their uncomfortable record of being the only South American team never to qualify for a World Cup.