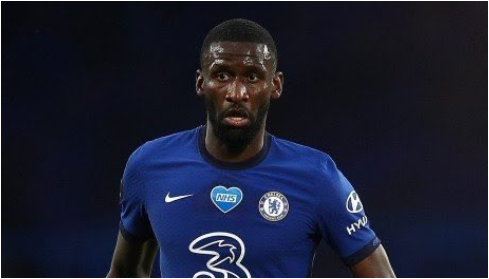 Barcelona are rumoured to be considering a shock January loan move for Chelsea defender Antonio Rudiger if they miss out on Manchester City’s Eric Garcia.

La Blaugrana have been heavily linked with a swoop for their former academy player Garcia, after he signalled his intention not to remain at the Etihad Stadium beyond next summer.

However, Pep Guardiola has insisted he wants to keep hold of the teenage Spanish international until the end of their hectic campaign.

If City do rebuff their efforts to secure a deal for Garica, reports from Diario AS claim German centre back Rudiger could be a short term option.

The former AS Roma defender has slipped down the pecking order at Stamford Bridge in 2020/21 with no Premier League appearances so far for Frank Lampard’s team.

Antonio Rudiger next club odds: Barcelona and Liverpool in the mix for Chelsea defender https://t.co/WLiAQbFUiu

Read Also: EPL must rethink option to use 5 substitutes –  Southgate

Rudiger could be open to a temporary move away from England to reignite his career, with a loan also adhering to the Barcelona board’s efforts to tighten up their transfer spending in 2021.

Gerard Pique and Clement Lenglet will remain as Ronald Koeman’s first choice centre back pairing, but with continued injury doubts over Samuel Umititi, Rudiger would offer an experienced alternative at the Camp Nou.