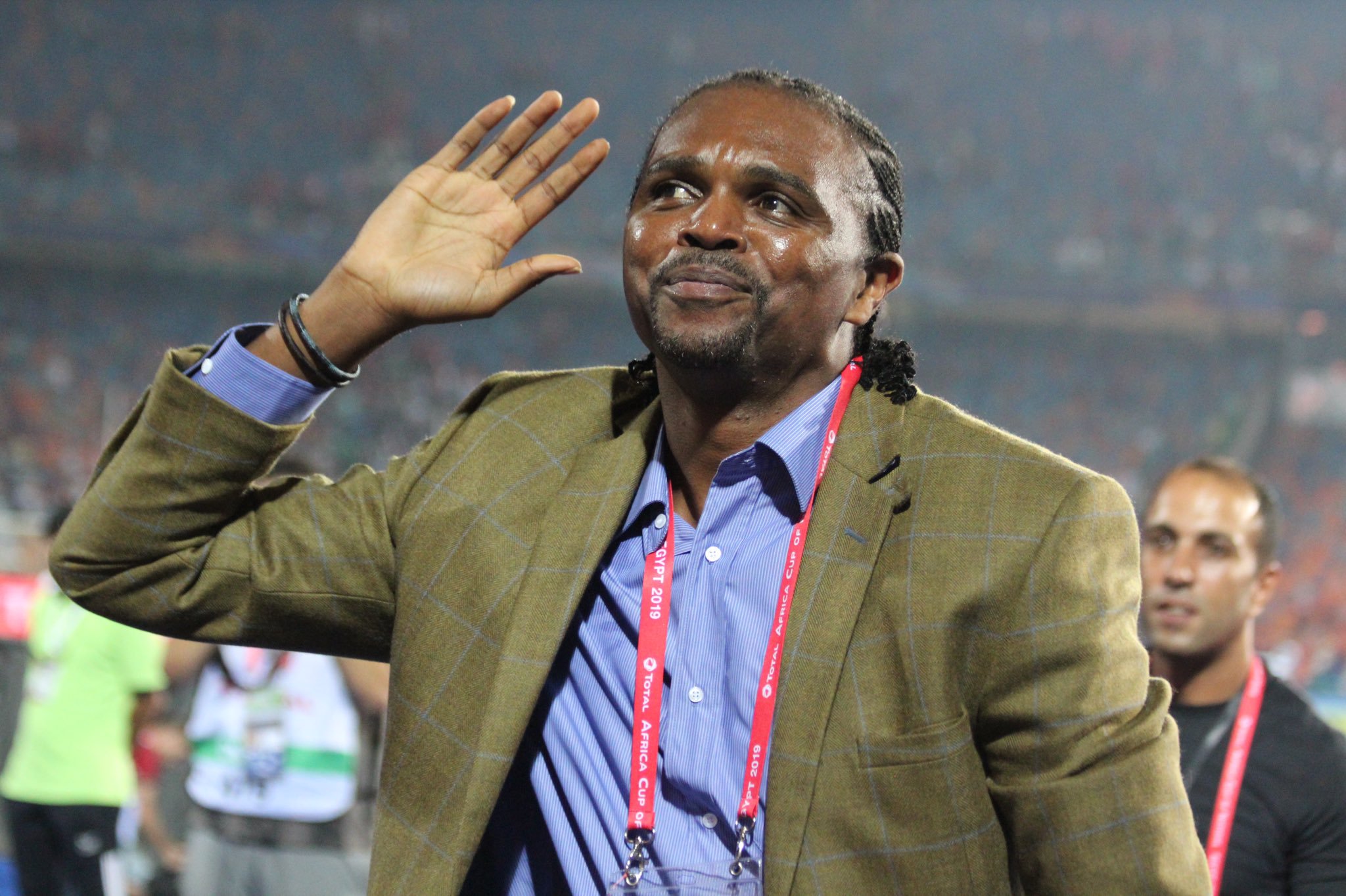 African football legend Nwankwo Kanu has jumped in defence of Super Eagles, claiming there are no longer minnows in African football in the wake of Nigeria’s two draw against Sierra Leone.

Gernot Rohr’s men kept their qualification for the 2022 Africa Cup of Nations on ice after failing to defeat John Keister’s Leone Stars in both games.

The three-time African champions surrendered a four-goal lead to settle for a 4-4 draw in the first game at the Samuel Ogbemudia Stadium, while the reverse fixture in Freetown ended 0-0 after 90 minutes.

To the former national team captain, Rohr’s team stepped up their game in the return leg but could not secure victory owing to the poor playing surface plus their mental state – a consequence of their performance in Benin City.

“Going by the game [on Tuesday], the Super Eagles did not concede any goal and to me, that is a sign of improvement,” Kanu told Goal.

“To me, that is not a bad result when compared with what happened in Nigeria. They should have won in Freetown but as we all saw, their pitch was bad and I’m sure our players were playing with caution to avoid a repeat of what happened in Benin City.

“The fact remains that we have to qualify for the 2022 Africa Cup of Nations in Cameroon, and I believe that the boys will get the job done.”

Like many football fans, the Super Eagles were expected to stroll past the Sierra Leoneans who are ranked 120th in the world, but the former Arsenal and Portsmouth forward says there are no longer minnows in the beautiful game.

He went further counselling Rohr’s side to learn from the mistakes noticed in the just concluded games with the aim to bounce back stronger.

“In the first leg, we scored four goals in the first 30 minutes, that is Nigeria playing but the scoreline changed in the second half,” he continued.

“We must realise that football is a sport where one plus one will never give you two. The game against Sierra Leone is a wakeup call or maybe it is trying to point our attention to something we are not doing right.

“But honestly speaking, football has really changed and those countries we call whipping teams have grown and are not where they used to be.

Nigeria 0-0 Sierra Leone we move on

we keep fighting till we are through #afcon #africa #nigeria #sierraleone #positivity #positivevibes #winning #together pic.twitter.com/uHgrYGtg1A

“Not being able to beat Sierra Leone is not a sign of decline, we still have the quality players who can score five goals against any team in the world. All we just need to do is learn from our mistakes and avoid repeating them again.”

Nigeria still lead Group L with eight points from four matches. They travel to Porto-Novo’s Stade Charles de Gaulle for their next fixture against Benin Republic in March 2021.