Colombia’s James Rodriguez has strongly denied reports he was involved in a dressing-room bust-up after the national team’s 6-1 defeat by Ecuador in a World Cup qualifier this week.

The Everton midfielder said the speculation about confrontations between teammates after the loss were “slander” designed to create discord in the struggling squad.

“I DENY all kinds of supposed information alluding to mistreatment, aggressions, disputes or any kind of controversy between players and that mentions me as a protagonist,” Rodriguez said in a statement on Twitter.

The defeat in Quito was Colombia’s heaviest qualifying loss since 1977 and left them with just four points from their first four World Cup qualifiers on the road to Qatar 2022. 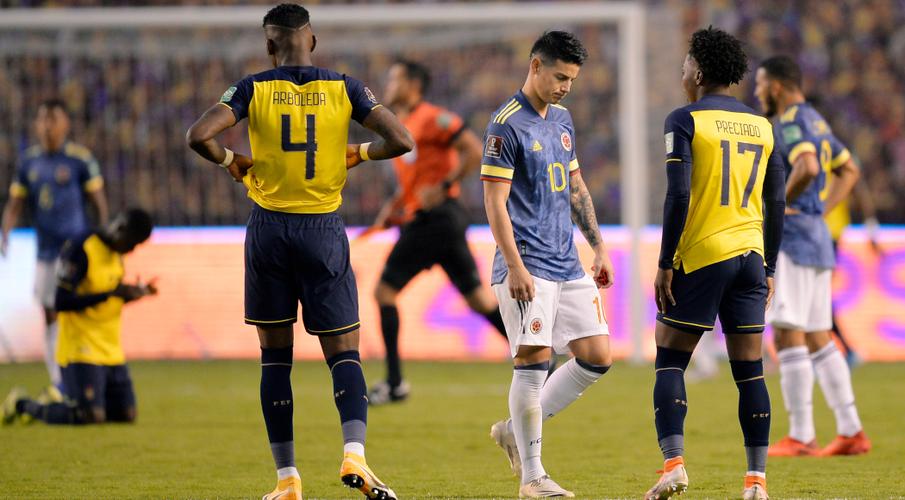 Rodriguez acknowledged that Colombia are struggling but said the squad, which contains experienced players from several top European leagues as well as Colombia, is united.

“We need to dispel any kind of doubts about the harmony and atmosphere in the dressing-room if we are to qualify for Qatar,” Rodriguez said.