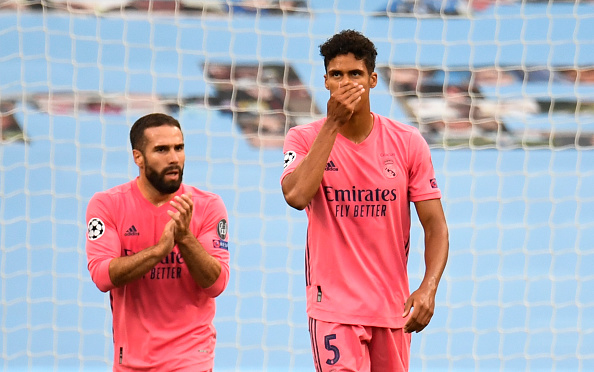 Real Madrid are not interested in selling defender Raphael Varane in 2021, amid growing speculation Manchester United are interested in the French international.

The Premier League club have been heavily linked with a bid for the 27-year old, as he enters into the final year of his contract at the Santiago Bernabeu in the second half of the 2020/21 campaign.

However, Los Blancos boss Zinedine Zidane has confirmed he is not interested in selling his star centre back, with the club set to accelerate talks on a new contract for the former Lens star.

“It’s not just me [who wants to keep him],” Zidane told reporters from Goal.com, ahead of their weekend 1-1 La Liga draw at Villarreal.

“He is part of this club, we were very lucky to be able to bring him to Madrid.

“He has a great career, he’s achieved a lot since he’s been here. Of course, he is untransferable for the club, and for the coach that I am.” 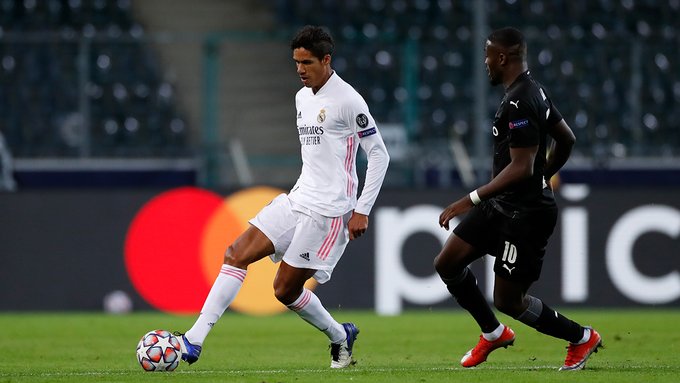 Varane’s high profile error in Real Madrid’s Champions League exit at the hands of Manchester City this summer, coupled with some mixed performances so far this season had thrown his future into doubt.

But Zidane’s insistence that he wants to keep him in the Spanish capital is likely to be mirrored by movement on a contract extension, with centre back partner Sergio Ramos also set to agree a new deal.