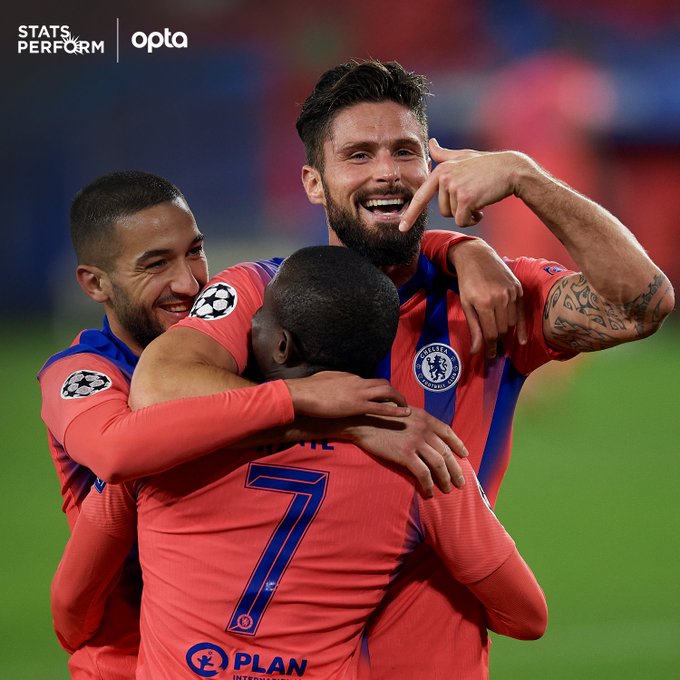 Both teams had already qualified for the knockout stage in advance and rested several regular starters in Seville.

The victory gave Chelsea 13 points, three more than Sevilla. Krasnodar earlier beat Rennes 1-0 at home in the other group match to reach four points and secure third place. Rennes stayed in last place with one point.

Chelsea secured the head-to-head tiebreaker against Sevilla with the win at the Ramón Sánchez-Pizjuán Stadium. The teams drew 0-0 in England in their first match in the group.

Giroud scored with neat shots from inside the area in the eighth and 54th minutes. The France international then added to the lead with a header in the 74th and a penalty kick converted in the 83rd.

The result ended Sevilla’s 14-match unbeaten streak in European matches at home. The Europa League champion hadn’t lost since a 2-1 defeat against Bayern Munich in the first leg of the Champions League quarterfinals in 2018.

Chelsea had advanced as the second-place team in its last two participations in the Champions League. This is the 12th time it has won its group out of the 15 occasions it has reached the knockout stage. Chelsea’s last four Champions League campaigns all ended in the round of 16.