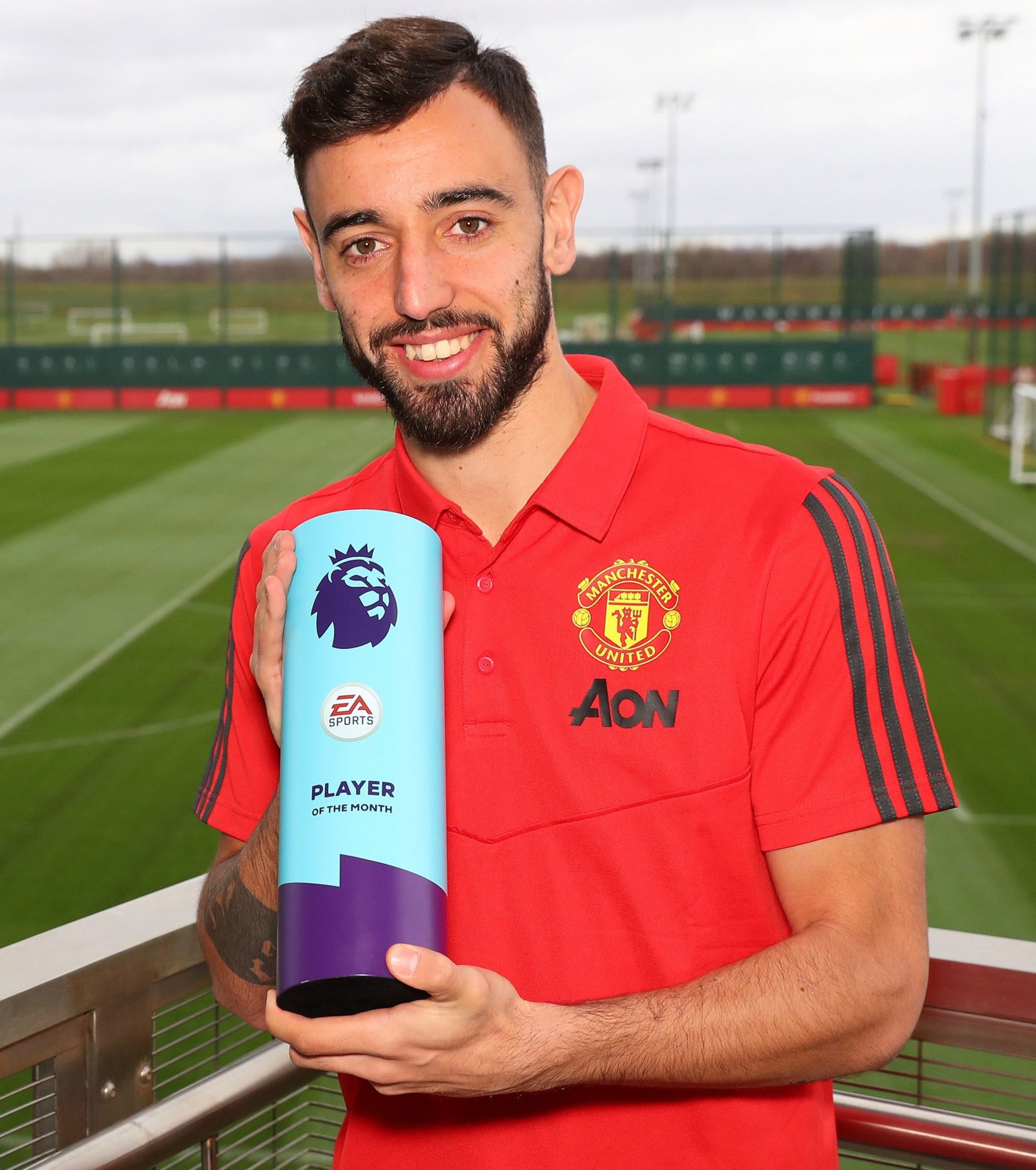 Portugal international, Bruno Fernandes, claimed the Premier League Player of The Month award for November, his third in the 2020/2021 season, and while expressing his joy, he revealed that his main ambition in the English top flight is winning the EPL title with Manchester United.

The 26 year old’s winning streak in individual honours also extended to the Premier League Goal of the Month in which he won the June 2020 edition.

While Fernandes can boast of a rich collection of individual awards dating back to his his days at Portuguese Primeira Liga side, Sporting CP, he has little to flaunt as major trophies won with any club. He only won Taca de Portugal in 2018/19 season and two
Taca da Liga titles (Portuguese League Cup) in 2017/18 and 2018/19 seasons before joining Manchester United.

“It’s difficult to have one of these, so l’m really proud to have my third one,” Fernandes told the Premier League’s official website.

read also: Why I Can not work under  Gernot Rohr, Amuneke blows hot

The post Fernandes: I want to win EPL title with Man United after player award appeared first on Sporting Life.

Arsenal’s Rowe: Saka and I have perfect understanding

Arsenal whiz Smith Rowe: Saka and I have perfect combination