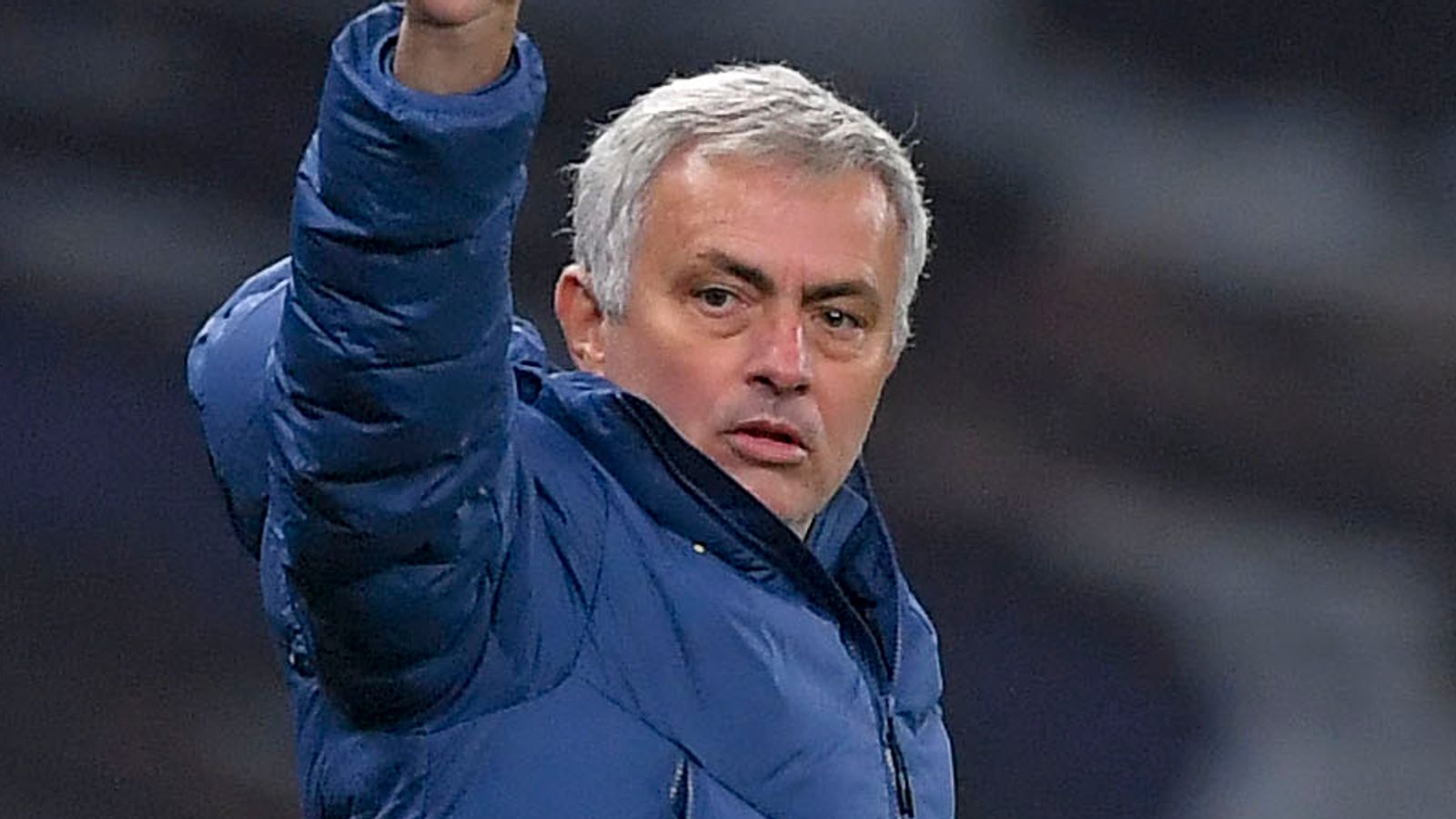 Tottenham boss, Jose Mourinho, has been named Premier League manager of the month for November.

The Portuguese coach secured the award with his Tottenham side sat at the top of the Premier League.

Their record in November was impressive, as they won three of their four games – notably against Manchester City – and concluded the month with a draw at Chelsea.

Mourinho took to Instagram to confirm he had beaten off competition from Chelsea’s Frank Lampard – whose Blues had the same three wins and a draw on their record – West Ham’s David Moyes and Manchester United chief Ole Gunnar Solskjaer.

“It says manager of the month, but for me, it is a team of the month or staff of the month because it is about the players and all these guys that are here with me: the coaches, the assistants, the sports science guys, the analysts and others that are not here but work so hard,” he said.

Spurs have not tasted defeat domestically since the opening game of the season at home to Everton, with their only other loss coming at the hands of Antwerp in the Europa League.

Tottenham avenged that defeat to the Belgian side on Thursday to ensure they progressed to the knockout stages of the Europa League as group winners.

Mourinho will look for his side to carry the momentum into a busy period of the campaign.

They kicked off their domestic challenge in December with victory over Arsenal in the north London derby, and travel to Crystal Palace on Sunday.

Following the meeting with the Eagles, Mourinho’s Spurs take on champions Liverpool at Anfield. Their pre-Christmas engagements conclude with a visit from Leicester before a game with Stoke in the EFL Cup.

Spurs are currently competing on four fronts, which will test the resolve and depth of his squad and may present an opening for Dele Alli, but at present they are flying high and the players appear invested in Mourinho’s style of play.

A busy period up to the turn of the year will provide a clue as to whether Tottenham can last the pace.

Arsenal’s Rowe: Saka and I have perfect understanding

Arsenal whiz Smith Rowe: Saka and I have perfect combination