Flying Eagles coach Ladan Bosso has stated that the Nigerian football federation is learning from its past mistakes based on the state of things with the Golden Eaglets.

Bosso in a chat with brila.net exclusively stated that the situation with the Golden Eaglets is an improvement on the experience he had with the Flying Eagles recently. 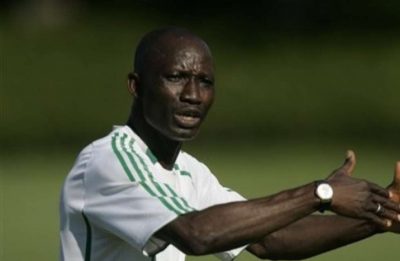 “The NFF is learning fast how? I went to Benin republic with twenty players now under 17 left with thirty players because they know what they did to us was unfair, they are learning fast.”

“We went to Benin republic there was nobody as an advance party but in this U17 case, they were two or three NFF officials already in Lome, they have left since and they have about three-four days before their match, all these privileges we didn’t see them during our turn so, they have learned from their mistakes and they working towards amending or avoiding not to happen again,” he said.

The Flying Eagles team coached by Bosso couldn’t qualify for the AYC in Benin, they were knocked out after two games.